Read Before You Watch

Discover books from 2020 that made their way to the screen! 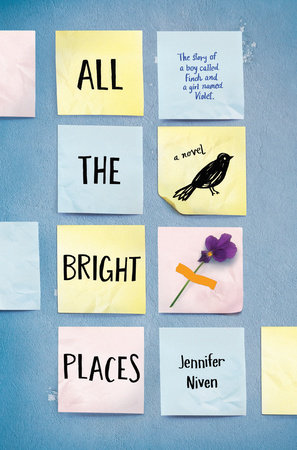 All the Bright Places By Jennifer Niven

This New York Times bestselling love story about two teens who find each other while standing on the edge is now a Netflix film starring Elle Fanning and Justice Smith!

Theodore Finch is fascinated by death, and he constantly thinks of ways he might die. But each time, something good, no matter how small, stops him.

Violet Markey lives for the future, counting the days until graduation, when she can escape her Indiana town and her aching grief in the wake of her sister's recent death.

When Finch and Violet meet on the ledge of the bell tower at school, it's unclear who saves whom. And when they pair up on a project to discover the "natural wonders" of their state, both Finch and Violet make more important discoveries: It's only with Violet that Finch can be himself--a weird, funny, live-out-loud guy who's not such a freak after all. And it's only with Finch that Violet can forget to count away the days and start living them. But as Violet's world grows, Finch's begins to shrink.

"A do-not-miss for fans of Eleanor & Park and The Fault in Our Stars, and basically anyone who can breathe." --Justine Magazine

"At the heart--a big one--of All the Bright Places lies a charming love story about this unlikely and endearing pair of broken teenagers." --The New York Times Book Review

"A complex love story that will bring all the feels." --Seventeen Magazine 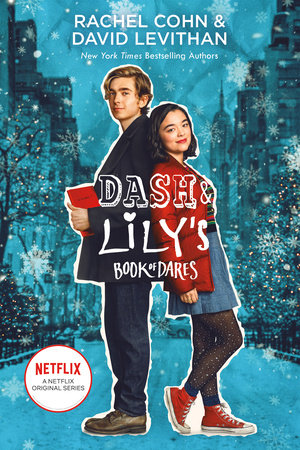 Lily left a red notebook full of challenges on her favorite bookstore shelf, waiting for just the right guy to come along and accept its dares. Dash, in a bad mood during the holidays, happens to be the first guy to pick up the notebook and rise to its challenges. What follows is a whirlwind romance as Dash and Lily trade dares, dreams, and desires in the notebook they pass back and forth at locations all across New York City. But can their in-person selves possibly connect as well as their notebook versions, or will their scavenger hunt end in a comic mismatch of disastrous proportions?

The extraordinary #1 New York Times bestseller hailed as one of the best books of all time, is now the basis for an HBO original series, starring Dafne Keen, Ruth Wilson, James McAvoy, and Lin-Manuel Miranda.

Philip Pullman takes readers to a world where humans have animal familiars and where parallel universes are within reach.

A war is brewing in Lyra's world--a battle between those who would keep people in ignorance and those who are willing to fight for true freedom. Lyra is thrust into the middle of the conflict when her uncle Asriel comes to Oxford, fomenting rebellion, and when her best friend, Roger, suddenly disappears.

Lyra learns that Roger was kidnapped by a shadowy organization that steals children and, it is rumored, experiments on them. To find him, she will travel to the cold, far North, where armored bears and witch clans rule . . . and where her uncle Asriel is attempting to build a bridge to a parallel world.

What Lyra doesn't know, mustn't know, is that her actions will have consequences not just in her world, but in all the worlds beyond.

A masterwork of storytelling and suspense, Philip Pullman's award-winning The Golden Compass is the first in the His Dark Materials series, which continues with The Subtle Knife and The Amber Spyglass. 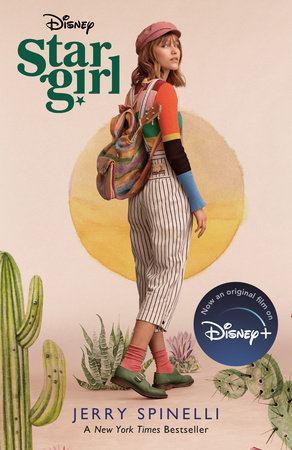 This beloved celebration of individuality is now an original movie on Disney+!

Stargirl. From the day she arrives at quiet Mica High in a burst of color and sound, the hallways hum with the murmur of "Stargirl, Stargirl." She captures Leo Borlock' s heart with just one smile. She sparks a school-spirit revolution with just one cheer. The students of Mica High are enchanted. At first.

Then they turn on her. Stargirl is suddenly shunned for everything that makes her different, and Leo, panicked and desperate with love, urges her to become the very thing that can destroy her: normal. In this celebration of nonconformity, Newbery Medalist Jerry Spinelli weaves a tense, emotional tale about the perils of popularity and the thrill and inspiration of first love.

"Spinelli has produced a poetic allegorical tale about the magnificence and rarity of true nonconformity." -- The New York Times 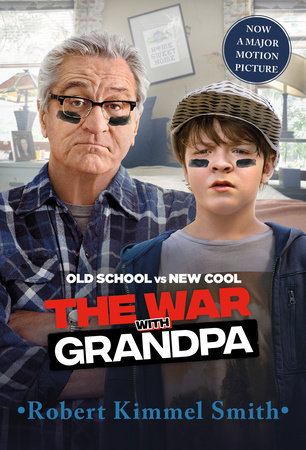 Peter is thrilled that Grandpa Jack is coming to live with his family. That is, until Grandpa Jack moves right into Peter's room. Like any grandson, he loves his grandpa, but...he wants his room back. Now Peter has no choice--he declares war!

Peter begins to devise outrageous plots with the help of his friends to make Grandpa surrender the room. But even though the pranks escalate, Grandpa Jack is tougher than he looks. Rather than give in, Grandpa Jack plans to get even. They used to be such great pals, but Peter is now wondering--has their war gone too far?