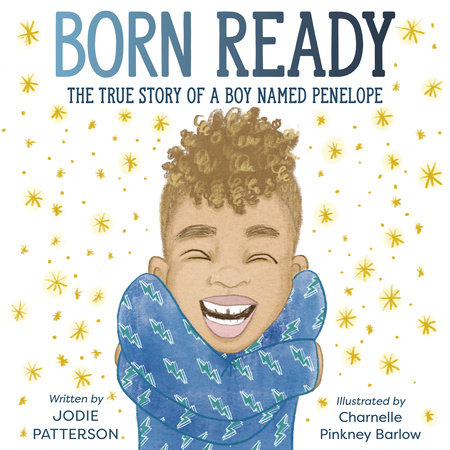 What inspired you to write/illustrate BORN READY?

Jodie Patterson: My first book, THE BOLD WORLD, was a memoir and it was dense, layered, and sometimes sad. This time around I wanted to write something for children that was triumphant, uplifting, and victorious. I wanted to write a book that talked about the complexities of gender and identity – without honing in on the crisis. I wanted to speak about love and optimism. BORN READY is from the voice of my kids and from Penel’s perspective and it shows how promising the exploration of gender can be.

Charnelle Pinkney Barlow: What drew me to this story was the ability that Jodie had to hold space for Penelope. Instead of chalking up Penelope’s frustration and anger as a kid acting out, she took the time to sit with him and get to the root of what he was feeling. Then not only did Jodie listen to Penelope, she took action on what she was told. Holding space for kids to be who they are is an important thing to show in children’s books.

What was the most difficult part about writing/illustrating BORN READY? What part was the easiest?

Patterson: Condensing years into just a few stand-out moments was challenging. There are so many moments that make up the gradual shifts in family dynamics – and choosing the few that resonate the loudest almost felt impossible. But in the end, with the help of my kids, we were able to pull out key memories that highlight our journey.

Trusting that an illustrator will capture your family precisely can be nerve wracking. At first I was focused on each character looking exactly as we do in real life. But as with writing, illustrating is a layered process and as that process moved forward and the details began to come through, I realized that the key is to capture our essence. I think Charnelle Pinkney Barlow captured the essence of each of us beautifully.

For Jodi: How does Penel feel about seeing his story in a picture book? Was there any part of his personal journey that he wished could be included, but didn't work for a picture book audience or length?

Patterson: Penel and his siblings are all smiles about the book! Each time they pick up BORN READY, which is often, they beam with pride and they marvel at how we all look and sound just like ourselves. I made sure to include all the kids in the process of writing BORN READY. I had them help with language, but also with choosing which memories to share and what feelings to convey. Now when they hold the book, it’s a trip down memory lane for them. BORN READY feels truthful and authentic to them.

And I think I’m the one who has more ideas and wishes that I want to share with our audience. And maybe those ideas will come out in forthcoming books. But, for Penel, I think he has a sense of accomplishment – with this book for sure, and from life in general. I believe Penel feels both seen and heard and this book will be a prized accomplishment for him for years to come.

For Charnelle: What character or element of the story do you identify with the most and why?

Patterson: I would invite James Baldwin into our lives. Baldwin sitting at our kitchen table, sharing his wisdom on gender and how it relates to race and sexuality and humanity would make for an epic moment of invocation.

Barlow: I honestly can’t think of a character that I’d insert into this story; mainly because this story is about real happenings, so it is complete in and of itself. On another note, it would be fun to see Penelope hop into another book and go on an adventure with another character.

What do you want kids today to take away from this story?

Patterson: Kids have a unique power. They see the world with fresh eyes. I want kids, especially trans identified and gender nonconforming kids to know they were born ready, ready for anything that comes their way. Kids: You can move through any problem or person, any construct or system that stands in your way. You can even fly over obstacles because you are bigger than obstacles. You’re a ninja – and what you’ve come here to do is important.

Barlow: I want kids to see that they have the freedom to be who they were born to be and belong in this world as they are. I love that this story acknowledges different questions of what it means to be trans and gender nonconforming that both children and adults have at times (such as Grandpa G exclaims that there aren’t any gender pronouns in his native language or when Penelope’s principal asks him if he is feeling embarrassed about the other kids asking him about his school uniform). This book shows what it means to ask questions while listening and giving support. BORN READY says it best: “‘Not everything needs to make sense. This is about love.’”

Jodie Patterson is a social activist, entrepreneur, and writer. She has been lauded for her activist work by Hillary Clinton, The Advocate, Family Circle, Essence, Cosmopolitan, and Yahoo!, among others. She sits on the board of a number of gender/family/human rights organizations, including the Human Rights Campaign, and is a sought-after public speaker addressing a wide range of audiences about identity, gender, beauty, and entrepreneurship. Patterson was appointed by the United Nations as a Champion of Change and, perhaps most impressively, she is a former circus acrobat who performed in the Big Apple Circus. She lives in Brooklyn, New York, where she co-parents her five children with love, education, and family solidarity. 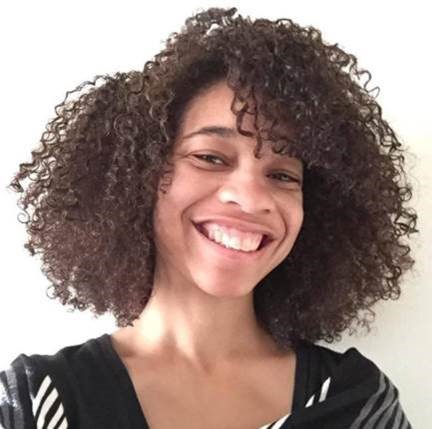 CHARNELLE PINKNEY BARLOW grew up surrounded by art, and was inspired by the world of watercolor. She received her BFA in Illustration from the University of the Arts and her MFA in Illustration as Visual Essay from the School of Visual Arts. Charnelle's children's book illustrations include Everything in its Place and The Real Santa. Charnelle lives in Indianapolis with her husband. When she's not drawing, she is baking, sewing, or reading with a cup of tea by her side. Find her online at callmechartreuse.com and follow her on Instagram at @callmechartreuse.