Discover inspiring people from history who propelled us forward! 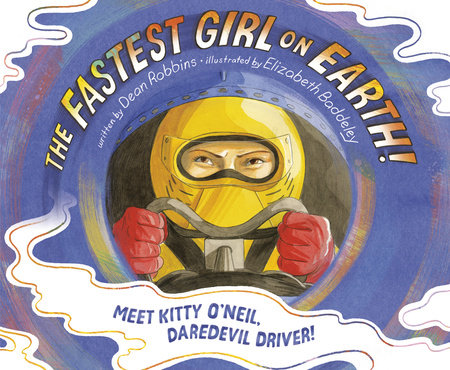 The Fastest Girl on Earth! By Dean Robbins; illustrated by Elizabeth Baddeley

Gear up for this high-powered picture book biography about Kitty O'Neil, the stuntwoman and racecar driver who broke the women's land speed record!

Kitty O'Neil was a force to be reckoned with. She became deaf as a child, and grew up loving sports and action. Kitty jumped, ran, raced, and swam, all while learning to read lips and communicating through sign language. Eventually, Kitty took a job as a stuntwoman, doing the most dangerous job on set and even filming stunts for films like Wonder Woman!

Still, Kitty wanted more thrills. She became a racecar driver and sought to do what no woman had done before. She chose the aptly named Motivator and trained like a true champion. In 1976, Kitty and the Motivator broke the land speed record, racing at over 600 miles per hour! Kitty was a hero to fans everywhere, and proved that she was truly unstoppable. 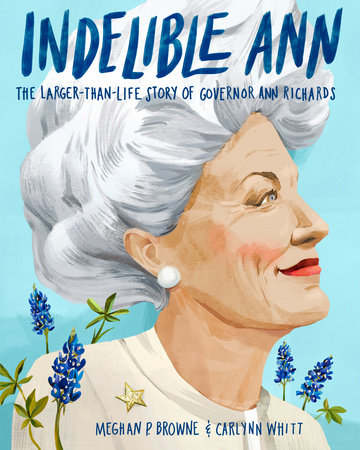 A folksy, larger-than-life picture book biography about Ann Richards, the late governor of Texas who has inspired countless women in politics today.

Dorothy Ann Willis hailed from a small Texas town, but early on she found her voice and the guts to use it.

During her childhood in San Diego and her high school years back in Texas (when she dropped the "Dorothy"), Ann discovered a spark and passion for civic duty. It led her all the way to Washington, DC, where she, along with other girls from around the country, learned about the business of politics. Fast forward to Ann taking on the political boys' club: she became county commissioner, then state treasurer, and finally governor of Texas. In this stunning picture book biography, full of vim, vigor, and folksy charm, two Texan creators take us through the life of the legendary "big mouth, big hair" governor of Texas, a woman who was inspired by Eleanor Roosevelt, and in turn became an inspiration to Hillary Clinton and countless others. Discover the inspiring story of the first black woman elected to Congress and to run for president in this picture book biography from a Newbery Honor-winning author and a Coretta Scott King-John Steptoe New Talent Award-winning illustrator.

Meet Shirley, a little girl who asks way too many questions! After spending her early years on her grandparents' farm in Barbados, she returns home to Brooklyn and immediately makes herself known. Shirley kicks butt in school; she breaks her mother's curfew; she plays jazz piano instead of classical. And as a young adult, she fights against the injustice she sees around her, against women and black people. Soon she is running for state assembly...and winning in a landslide. Three years later, she is on the campaign trail again, as the first black woman to run for Congress. Her slogan? "Fighting Shirley Chisholm--Unbought and Unbossed!" Does she win? You bet she does. 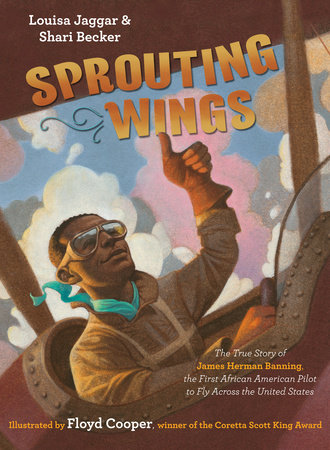 The inspirational and true story of James Herman Banning, the first African American pilot to fly across the country, comes to life in this picture book biography perfect for fans of Hidden Figures and Little Leaders. Includes art from a Coretta Scott King award-winning illustrator.

James Herman Banning always dreamed of touching the sky. But how could a farm boy from Oklahoma find a plane? And how would he learn to fly it? None of the other pilots looked like him. Despite the challenges and prejudices that stood in his way, James knew he belonged above the clouds.

In a journey that would span 3,300 miles, take twenty-one days, and inspire a nation, James Herman Banning proved that you can't put barriers on dreams. Louisa Jaggar incorporates over seven years of research, including Banning's own writings and an interview with the aviator's great-nephew. She teams up with cowriter Shari Becker and award-winning illustrator Floyd Cooper to capture Banning's historic flight across the United States.

"A pathos-filled picture book that celebrates the life of a figure in American history who hasn't been featured often." -School Library Journal, Starred Review 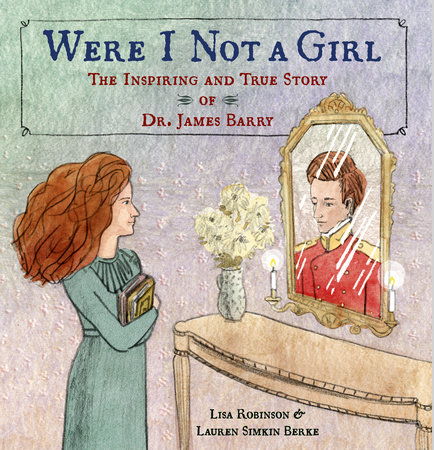 Were I Not A Girl By Lisa Robinson; illustrated by Lauren Simkin Berke

This unique picture book biography tells the story of Dr. James Barry, born female, who lived as a man from age 18 to his death.

Like other girls of her time, Margaret Bulkley didn't go to school. She wouldn't grow up to own property, be a soldier, a doctor, or hold any job other than perhaps maid or governor--such was a girl's lot in 19th century England. And was she comfortable born in a girl's body? We will never know. What we do know is that at the age of 18, she tugged off her stockings and dress, cut her red-gold curls, and vanished. In her place appeared a young man. Margaret became James Barry. James would attend medical school, become a doctor and a soldier, travel the world. He would fall in love, deliver babies, and fight in a duel. And he would live a rich full life.

Here is a picure book that is both a fascinating and sensitively drawn portrait of someone who would not be undervalued, and an important introduction to the concept of gender identity.