An essay from David A. Kelly! 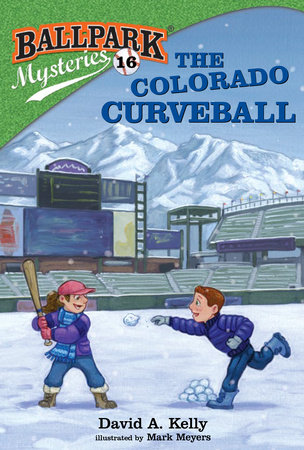 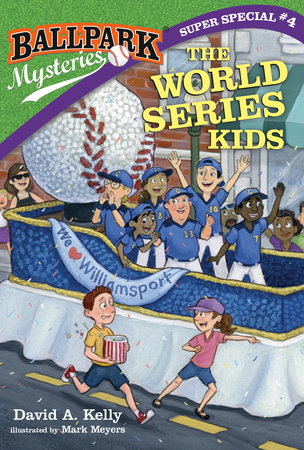 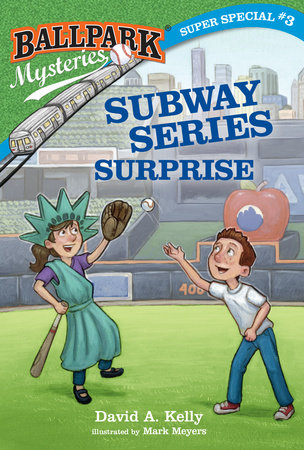 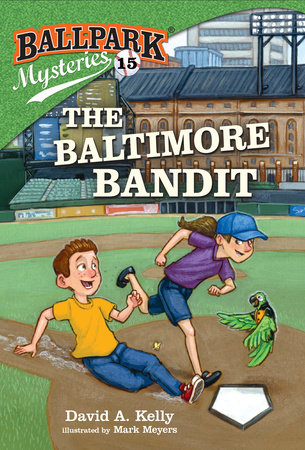 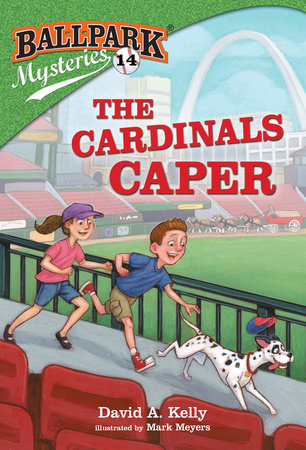 Consider this email I received from a mother who had purchased one of my Ballpark Mysteries books for her son Charlie:

After meeting you at the book festival, Charlie was so excited to read his first chapter book. But that evening he became petrified to read your book. The “chapter book” stereotype got to him. He cried when it was time to read so we read the first chapter together, “The Green Monster.” Charlie went on to read two more chapters that night and then early that morning he awoke with me at 5:30am and we read together by book light, each reading our own books sitting in rocking chairs. Charlie finished your book in 3 days. He was SO proud of himself, and he sleeps with your book next to his bed on his nightstand.

That’s the thing about my Ballpark Mysteries books. They’re great for kids who are scared of reading. Or bored by reading. Or simply uninterested in reading.

The Ballpark Mysteries are mysteries set in Major League baseball stadiums. They mix fact and fiction and provide multiple entry points for less interested readers to connect with the stories.

That’s important to me, as the author, because when I was young, I struggled to read. Eventually I figured it out and got hooked on mysteries and histories, but it took a while and some dedicated teachers and librarians. My two sons learned to read more easily than I did, but they didn’t connect with books right away, either. My older son was a lot like Charlie, excited to delve into stories, but afraid to try it on his own.

From talking with students during school visits, where I share my writing process with first through fifth graders, and from receiving mail from readers and parents I know that there are lots of kids, like Charlie, who struggle with reading. Those are the readers that I love to catch with my Ballpark Mysteries series! 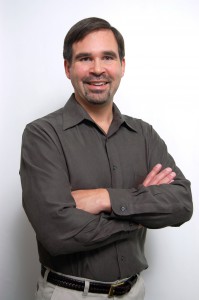 DAVID A. KELLY is a former Little League right fielder and the author of the Ballpark Mysteries series from Random House, in which cousins Kate and Mike solve mysteries at different major league ballparks, and the Most Valuable Players (MVP) series from Random House, in which a group of elementary school kids have adventures playing different sports. Mr. Kelly is also the author of the early reader, Babe Ruth and the Baseball Curse and the picture book Miracle Mud: Lena Blackburne and Secret Mud that Changed Baseball.

He has also written about travel and technology for the New York Times, the Boston Globe, the Chicago Sun Times, and many other publications.

Mr. Kelly lives outside of Boston with his family. For more information about his books or author visits, head to www.davidakellybooks.com, or find him on twitter (@davidakelly) or Instagram (@davidakellybooks) or Facebook (@ballparkmysteries).