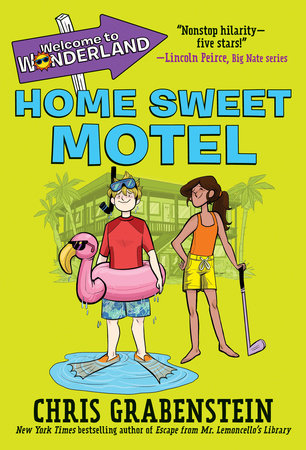 There’s always something wacky happening when you live at a motel, and eleven-year-old P. T. Wilkie (named after P. T. Barnum, of course!) has grown up at the world’s wackiest—the Wonderland! P.T.’s granddad Walt opened the Wonderland in St. Pete Beach, Florida, just one year before that other Walt opened his more famous resort! Like his namesake, P.T. loves a good story. So when the motel’s in trouble, he knows his tall tales can save the day. P.T. joins forces with extended-stay guest and business whiz kid Gloria Ortega, and together they launch one wild venture after another hoping to make enough money to save the Wonderland—all while trying to get to the bottom of who the strange new guests are on the second floor. Could they be the infamous jewel thieves that P.T. once saw on TV? Come to think of it . . . where did those guys hide their loot? 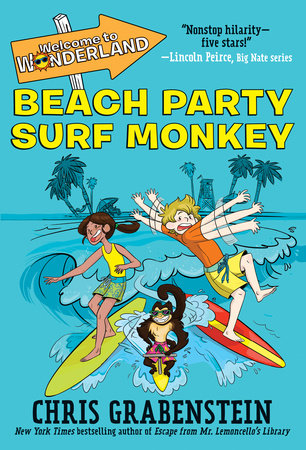 P. T. Wilkie is back! When word gets out that the hottest teen idols in Hollywood (plus current YouTube sensation Kevin the Monkey) will be filming their next movie Beach Party Surf Monkey right in St. Pete Beach, P.T. and Gloria know that the Wonderland would be the PERFECT location. Now they just have to convince the producers! But when things start to go wrong (Crazed fans? Missing stars?!), it will take all of Gloria’s business genius and P.T.’s wild stories to save the day before the movie AND the Wonderland are both all washed up! Interested in having the world’s wackiest celebration? Download our FREE Welcome to Wonderland Activity Kit! You’ll find a suggested timeline and script; themed suggestions for food, drink, music, and decor; activities; and so much more!