In today’s classrooms, we find a plethora of nonfiction texts being used to build information literacy; this is a much-needed proficiency that will help students develop the skills to evaluate and use information effectively. For younger students, nonfiction picture books are an incredibly useful tool to begin the conversation about informational texts, and about how and why we learn about real people and events. These books are also a great way for students to find topics that interest them, which can lead to further investigation and reading. To give a few examples of how to incorporate nonfiction picture books into certain studies, we have rounded up three of our newest titles that students are sure to love! 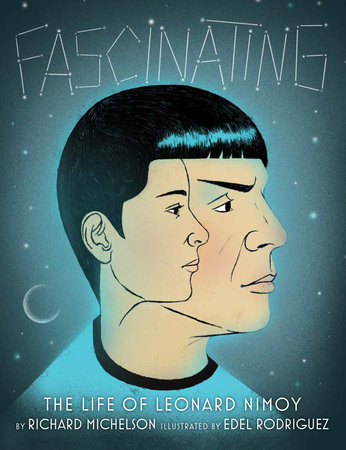 Fascinating: The Life of Leonard Nimoy By Richard Michelson; illustrated by Edel Rodriguez

Fascinating is the story of how Leonard Nimoy, the late Star Trek star, followed his dreams and became one of the most beloved and iconic figures of our time.

Once there was a boy named Leonard who loved to sing and to act. His parents were immigrants who felt like aliens in America, and certainly didn’t understand Leonard’s drive to perform. But Leonard reached for the stars . . . and caught them. He moved to Hollywood, where he drove a taxi, began acting lessons, and took every role he could get. He worked hard, learned his lines, showed up on time, and studied his craft. One day he was offered the role of an alien science officer on a new TV show called Star Trek. Leonard knew what it felt like to be an alien. But did he want the role?

How to use this text: This is a fantastic book to teach students about the immigrant experience, an American Dream success story built around perseverance, and, for those with a specific interest, a detailed biography of a beloved Star Trek star. 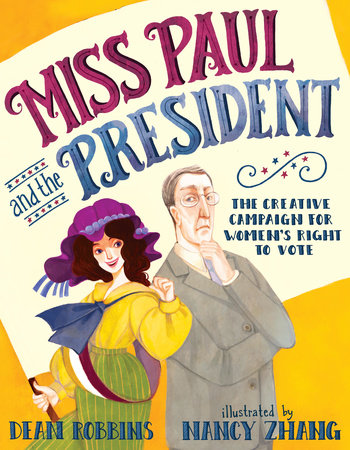 Miss Paul and the President By Dean Robbins; illustrated by Nancy Zhang

Miss Paul and the President is the story of Alice Paul, a rebellious girl who grew up to be a suffragette and convinced President Wilson to pass the Nineteenth Amendment, giving women the right to vote.

Alice Paul was a mischievous child, but she was always determined. Determined to keep up with the boys. Determined to read every book she could find. Determined to be a leader. She became a suffragette and vowed to see women gain the right to vote. So when President Woodrow Wilson said there were other matters he needed to handle first, Alice would not be deterred. She organized the National Women’s Party and marched down the streets of Washington, DC. She held parades and signed petitions and would not quit because she was determined to be an equal citizen in the country she loved. With creativity and fortitude, Alice Paul helped change the face of the democratic process.

How to use this text: Women’s history, women’s rights, women’s fortitude! Here are a few units of study that fit perfectly with this colorful biography: citizenship and the democratic process; women’s history, specifically the National Women’s Party, suffrage, and the Nineteenth Amendment; and the events during President Woodrow Wilson’s time in office.

The inspiring story of a blind boy so determined to read, he invented his own alphabet.

Louis Braille lost his sight at age five, but he was a clever boy and was determined to live as others did. What he wanted more than anything else was to read and write. He went to the Royal School for the Blind in Paris, but there were no books he could read. At age twelve, he learned of the military’s use of “night writing,” a crude system of fingertip-read messages that was so difficult to learn that the other boys in school gave up trying to master it. But Louis persevered. Over the next three years he worked tirelessly to refine and improve the system until he had developed his own alphabet, using just six dots. At age fifteen, Louis had invented a system for reading and writing that is still used by the blind community across the world today.

How to use this text: Louis Braille was an incredible inventor, and students who are interested in design and creation will be inspired by his work. This accessible picture book connects with units on history, language, and living with a disability. It also includes back matter about the adoption of Braille’s reading system and how it is used today. For a unit on hard work and determination, this is another great story about overcoming obstacles and triumph in the face of adversity.