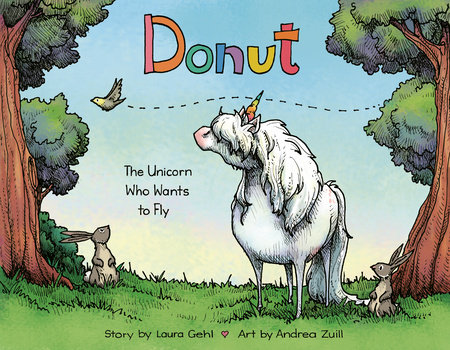 Here's the hilarious story of Donut, a scruffy unicorn who can't fly-- but who keeps on trying! From the author of One Big Pair of Underwear and the illustrator of Sweety.

When Donut, a fluffy, scruffy unicorn with a colorful horn spots a bird in the air, she thinks, why can't I be up there, too? And so she jumps! off of a log and and even a trampoline. But thump! she falls down to the ground. After many attempts at flight (including wings fashioned out of sticks), Donut schemes with the other animals in the field, and finally comes up with an ingenious and imaginative solution. Finally, her perseverance pays off-- and Donut flies!


With a simple text and expressive art, here is a character-driven story from a popular author-illustrator duo that's laugh-out-loud funny, ingenious, and sure to appeal to all those unicorn fans out there--especially those who like their unicorns a little on the imperfect side. 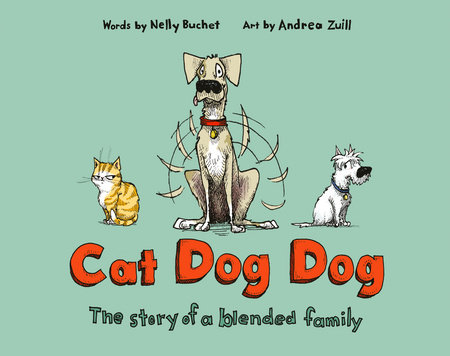 Here is the oh-so-hilarious and adorable story of a blended family-- using just a few words in various configurations-- from the pets' point-of-view!

Cat and Dog live with their human in a suburban house with a big backyard. Sure, they fight like.... well, cats and dogs, but they're used to one another. Dog-- a different dog-- lives a happy only child life in the city with his dad. He has the bed to himself, he never has to share his toys, and that's the way he likes it. So what happens when the Dog's dad and Cat and Dog's mom move in together? Well, it's chaotic. There's not enough room on the bed, for starters. But as the seasons pass, the three animals become a trio and learn to (mostly) love one another. Just as they're settling into a cozy life as a threesome, along comes..... a baby! This laugh-out-loud picture book, which is the recipient of The Irma Simonton Black and James H. Black Award for Excellence in Children’s Literature, cleverly uses two repeating words and is sure to strike a chord with kids dealing with the ups-and-downs of settling into a blended family of their own. 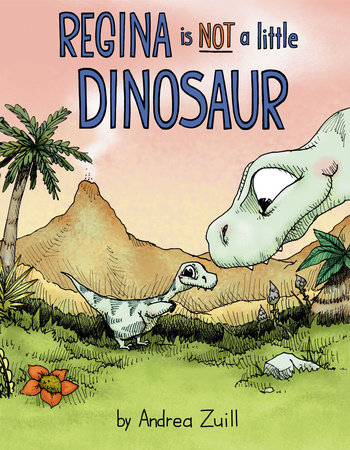 Regina Is NOT a Little Dinosaur By Andrea Zuill

Meet a young dinosaur seeking her independence in this hilarious picture book from the author of WOLF CAMP and SWEETY.

When Regina's mother heads off to hunt, she tells her little dinosaur: stay in the nest and be mama's good little carnivore. But just who is she calling little?! Regina is big! And she has all the tools to hunt herself: a fear-inducing predator stare, a terrifying roar, and an uncanny ability to camouflage. And so Regina sets off on her first real hunt, all alone. ROAR! Along the way, she meets some truly huge dinosaurs, and hilariously, and miserably, fails at catching anything. What if she has to live her life as an.... herbivore?! Little kids everywhere will recognize themselves in Andrea Zuill's intrepid young dino--eager for independence, but still very much needing the safety and comfort of home. 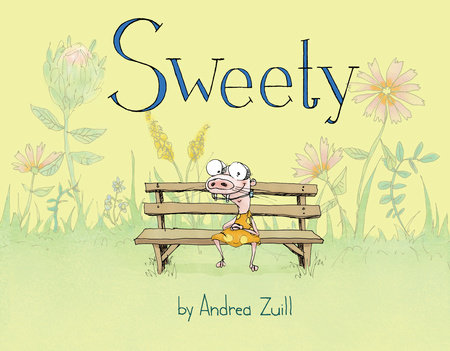 From the author of WOLF CAMP comes the story of a charming, mushroom-loving, headgear-wearing, totally awkward naked mole rat who is looking for like-minded peeps.

Sweety is awkward, even for a naked mole rat. She has protruding front teeth, thick glasses, and some very unusual hobbies, including interpretive dance and fungus identification. She's intense and passionate--and her peers don't always get her. But surely there are other mushroom lovers out there? As Sweety sets out to find them, she comes to realize--with a little help from her cool Aunt Ruth-- that being Sweety is actually pretty awesome. With heart and humor and a whole lot of charm, Andrea Zuill delivers a story about learning to embrace everything that makes you you--and that's something many kids are going to relate to.