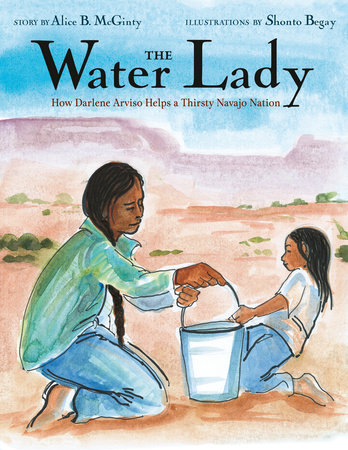 The Water Lady By Alice B. McGinty; illustrated by Shonto Begay

This inspiring picture book tells the true story of a woman who brings desperately needed water to families on the Navajo reservation every day.

Underneath the New Mexico sky, a Navajo boy named Cody finds that his family's barrels of water are empty. He checks the chicken coop-- nothing. He walks down the road to the horses' watering hole. Dry. Meanwhile, a few miles away, Darlene Arviso drives a school bus and picks up students for school. After dropping them off, she heads to another job: she drives her big yellow tanker truck to the water tower, fills it with three thousand gallons of water, and returns to the reservation, bringing water to Cody's family, and many, many others. Here is the incredible and inspiring true story of a Native American woman who continuously gives back to her community and celebrates her people. 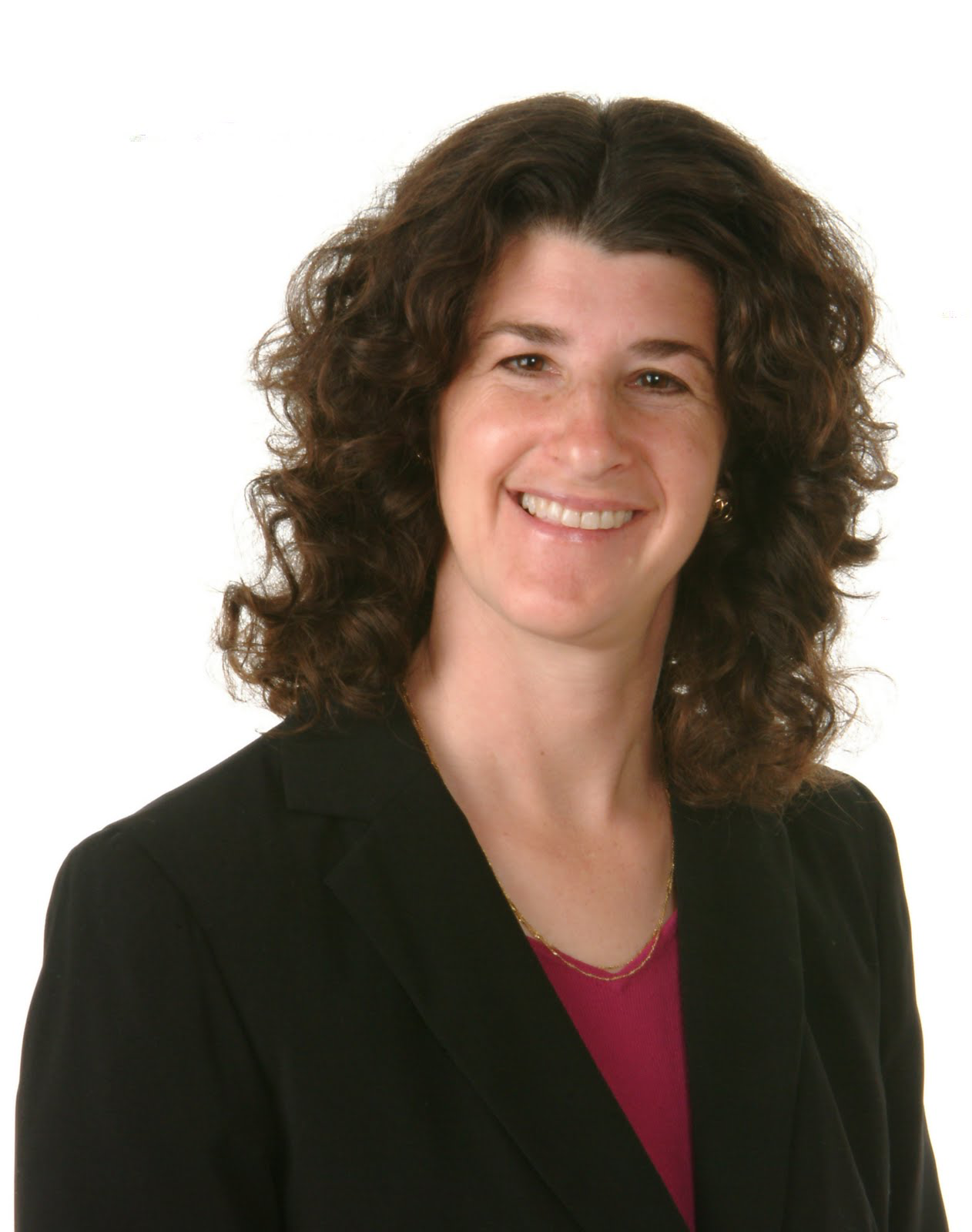 ALICE McGINTY is the award-winning author of over forty books for children, including A Story for Small Bear, as well as The Girl Who Named Pluto, which was called “inspiring” in a Kirkus starred review. She also wrote Darwin, an Orbis Pictus Honor Book and one of Booklist’s Top 10 Biographies for Youth, which received three starred reviews. Her picture book, Rabbi Benjamin’s Buttons, was named a Sydney Taylor Notable Book. She also runs a writing camp for kids, Words on Fire. 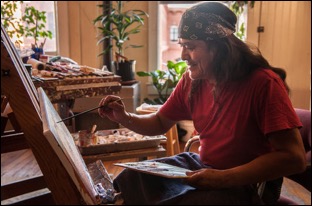 Descended from a line of medicine men, SHONTO BEGAY was born and raised in the Navajo Nation community of Shonto, Arizona. He has written, illustrated, or edited more than a dozen books, and his award-winning artwork has been collected worldwide.