October Teach-Alike: How to Hang a Witch and The Crucible 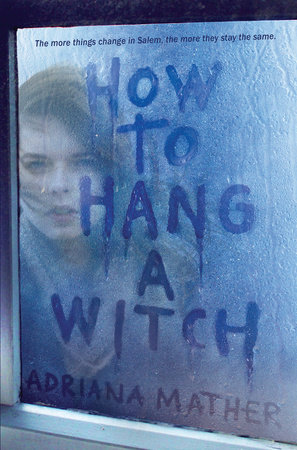 Arthur Miller’s The Crucible (1953) is a partially fictionalized play about the Salem Witch Trials, which took place in Salem, Massachusetts, from 1692 to 1693. The Crucible follows the small colony as it navigates wild accusations of witchcraft and deception, serving as an apt allegory for the United States government’s blacklisting of accused communists. When I was working as a high school English teacher, I enjoyed using The Crucible to investigate how fear and misunderstanding can lead to hysteria, betrayal, and the demise of a community. My students always became incensed with the townspeople’s blatant lies and illogical behavior, and they loved to hate Abigail and her impressionable followers.

Miller’s classic work pairs perfectly with Adrianna Mather’s How to Hang a Witch. This wonderful debut novel is not only written by an actual descendant of one of the real Trials’ most infamous accusers, but it also explores how crucial names are to one’s identity (reminiscent of Proctor’s “I have given you my soul; leave me my name!”) and how a family’s history can overshadow and even corrupt the truth. With vengeful teenage characters and a modern-day school setting, this new look at the lasting scars of the historical Salem Witch Trials offers a contemporary twist on Miller’s interpretation.

Samantha Mather has just moved from New York City to Salem, Massachusetts, in the wake of her father’s mysterious illness. Mathers have lived in Salem for centuries, and Sam is the ancestor of Cotton Mather, one of the architects of the Salem Witch Trials. Her name precedes her and comes with too many stigmas. Before long, Sam finds herself at odds with the Descendants, a powerful group of girls who also have ties to the Trials—only their ancestors were on the other end of the noose. Before long, Sam realizes she is at the center of a centuries-old curse that is tying her fate, as well as her father’s, to her new enemies. Can she overcome her family’s past and break the cycle of unexplained deaths, or will she discover just how easy it can be to hang a witch?

Check out the book trailer!

Adrianna Mather discusses the Salem Witch Trials and her book, How to Hang a Witch!