Use these contemporary titles paired with your historical texts to encourage your students to celebrate Black History Month.

Of Thee I Sing By Barack Obama; illustrated by Loren Long

In this tender, beautiful letter to his daughters, President Barack Obama has written a moving tribute to thirteen groundbreaking Americans and the ideals that have shaped our nation. From the artistry of Georgia O’Keeffe, to the courage of Jackie Robinson, to the patriotism of George Washington, President Obama sees the traits of these heroes within his own children, and within all of America’s children.

Breathtaking, evocative illustrations by award-winning artist Loren Long at once capture the personalities and achievements of these great Americans and the innocence and promise of childhood.

This beautiful book celebrates the characteristics that unite all Americans, from our nation’s founders to generations to come. 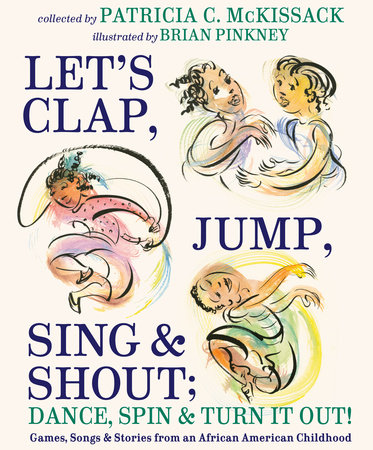 Educators will delight in sharing this exuberant book with the children in their lives. Here is a songbook, a storybook, a poetry collection, and much more, all rolled into one. Find a partner for hand claps such as “Eenie, Meenie, Sassafreeny,” or form a circle for games like “Little Sally Walker.” Gather as a family to sing well-loved songs like “Amazing Grace” and “Oh, Freedom,” or to read aloud the poetry of such African American luminaries as Langston Hughes, James Weldon Johnson, and Paul Laurence Dunbar. And snuggle down to enjoy classic stories retold by the author, including Aesop’s fables and tales featuring Br’er Rabbit and Anansi the Spider.

The Stars Beneath Our Feet By David Barclay Moore

It’s Christmas Eve in Harlem, but twelve-year-old Lolly Rachpaul and his mom aren’t celebrating. They’re still reeling from his older brother’s death in a gang-related shooting just a few months earlier. Then Lolly’s mother’s girlfriend brings him a gift that will change everything: two enormous bags filled with Legos. Lolly’s always loved Legos, and he prides himself on following the kit instructions exactly. Now, faced with a pile of building blocks and no instructions, Lolly must find his own way forward.

His path isn’t clear—and the pressure to join a “crew,” as his brother did, is always there. When Lolly and his friend are beaten up and robbed, joining a crew almost seems like the safe choice. But building a fantastical Lego city at the community center provides Lolly with an escape—and an unexpected bridge back to the world.

David Barclay Moore paints a powerful portrait of a boy teetering on the edge and shows how Lolly’s inventive spirit helps him build a life with firm foundations and open doors.

Justyce McAllister is top of his class and set for the Ivy League—but none of that matters to the police officer who just put him in handcuffs. And despite leaving his rough neighborhood behind, he can’t escape the scorn of his former peers or the ridicule of his new classmates.

Justyce looks to the teachings of Dr. Martin Luther King Jr. for answers. But do they hold up anymore? He starts a journal to Dr. King to find out.

Then comes the day Justyce goes driving with his best friend, Manny, windows rolled down, music turned up—way up, sparking the fury of a white off-duty cop beside them. Words fly. Shots are fired. Justyce and Manny are caught in the crosshairs. In the media fallout, it’s Justyce who is under attack.