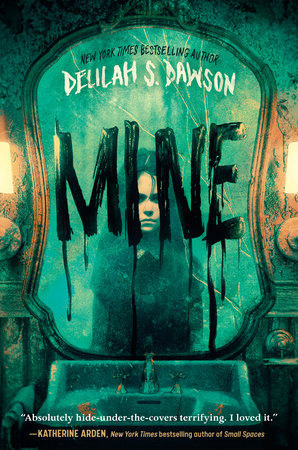 Mine By Delilah S. Dawson

A twisty, terrifying supernatural mystery about twelve-year-old, her creepy new home in Florida, and the territorial ghost of the young girl who lived there before her.

Lily Horne is a drama queen. It's helped her rise to stardom in the school play, but it's also landed her in trouble. Her parents warn her that Florida has to be different. It's a fresh start. No theatrics. But this time, the drama is coming for her.

Her new house is a real nightmare. . .

The pool is full of slime, the dock is rotten, and the swamp creeps closer every day. But worst of all, the house isn't empty . . . it's packed full of trash, memories, and, Lily begins to fear, the ghost of the girl who lived there before her.

And whatever is waiting in the shadows wants to come out to play. 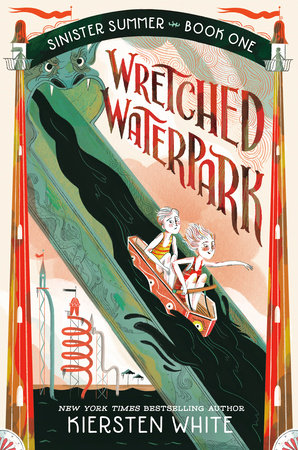 A middle-grade mystery series that's spooky, creepy, and filled with gothic twists! Meet the Sinister-Winterbottom twins, who solve mysteries at increasingly bizarre summer vacation destinations in the hopes of being reunited with their parents—or at the very least finally finding a good churro.

“An absolute delight. If I have to die in a waterpark, I want to die in this one.”—Holly Black, #1 New York Times bestselling author of The Cruel Prince

"Wickedly weird. . . . Will appeal to anyone who loved A Series of Unfortunate Events." —The New York Times

Meet the Sinister-Winterbottoms: brave Theo, her timid twin, Alexander, and their older sister, Wil. They’re stuck for the summer with their Aunt Saffronia, who doesn’t know how often children need to eat and can’t use a smartphone, and whose feet never quite seem to touch the floor when she glides—er—walks.

When Aunt Saffronia suggests a week pass to the Fathoms of Fun Waterpark, they hastily agree. But the park is even stranger than Aunt Saffronia. The waterslides look like gray gargoyle tongues. The employees wear creepy black dresses and deliver ominous messages. An impossible figure is at the top of the slide tower, people are disappearing, and suspicious goo is seeping into the wave pool. 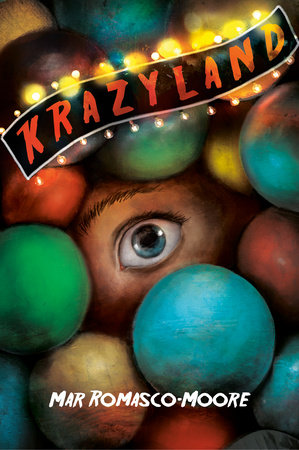 In this scary story for fans of Neil Gaiman, The Last Kids on Earth, and Goosebumps, the only way out is krazier than you could ever imagine...

Nathan used to be terrified of Krazyland when he was a young kid.

Now that he's 12, the spooky-themed arcade games aren't that bad. He even enjoys stomping on plastic spiders and battling a creepy doll with big plastic eyes. But things become scarier again when kids start to go missing from the entertainment park...

There's another world exists beneath Kraztown's ball pit. A world where the entertainment park's games come to life. And if he isn't careful, Nathan is going to be the next one sucked under! The Terribles #1: Welcome to Stubtoe Elementary By Travis Nichols

The Terribles might be monsters, but they're also kids just like you! Well, sort of. This hilarious peek into the world of vampires, mummies, swamp-things, and bigfoots is perfect for fans of the Hotel Transylvania movies.

Vampires, mummies, and gelatinous balls of goo (oh my!). That's right, monsters are real and they've settled down on the quiet island of Creep's Cove. It's a pretty typical place: houses, stores, portals to various nightmarish parallel dimensions. And a school for the kiddos.

Meet the crew:
Vlad, a fame-thirsty vampire,
Allie, a stuffed animal-dissecting alien,
Lizzie, a short-tempered kaiju,
and SO many others!

Told in alternating chapters, comics, poems, charts, and activities each focused on different classic spooky characters this story is the introduction to monsters you humans have been waiting for. 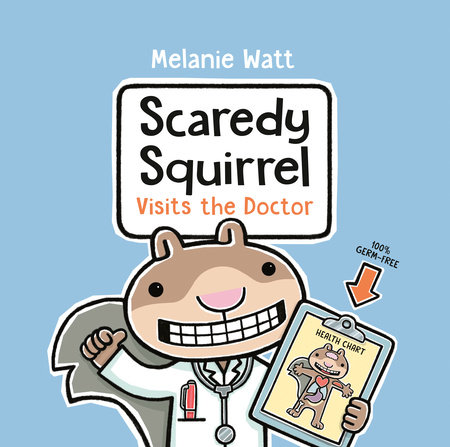 Scaredy Squirrel is exactly the character children need today--a little bit anxious, a lot adorable, and totally lovable.  They will laugh along in this new picture book as Scaredy learns to brave the doctor for his regular check-up!

Scaredy exercises, eats healthy foods, and stays very, very safe.  But even healthy squirrels need to get a regular check up! Going to the vet can be scaaary, especially if you're Scaredy.

As young listeners see Scaredy face his fears in the silliest of ways, they gain perspective and courage, empowering them to tackle their own worries with a big smile. 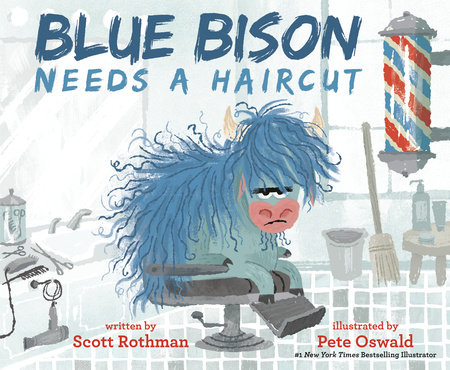 Blue Bison tries his best to be patient in this humorous picture book from the #1 New York Times bestselling illustrator Pete Oswald.

Blue Bison prides himself on always looking clean and neat. But he has a growing problem--his hair. With the barber shops and just about everywhere else closed, all Blue Bison can do is ram his ramming rock in frustration. Meanwhile, his hair keeps growing.

His dad, Brown Bison, encourages him to be patient and wait, and his mom, Burgundy Bison, tries to explain that sometimes you want something that you really don’t need. But all Blue Bison can do is whine and wallow. Could little sister Bubblegum Bison have the solution?

A wildly hilarious story with a subtle message that waiting is hard but sometimes is necessary. 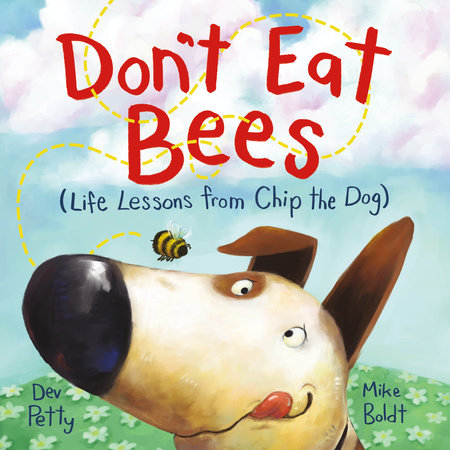 The comic duo that brought you I Don't Want to Be a Frog is back, with Chip the dog, a hilarious new character who's got some "wisdom" to share.

Are you a dog in need of advice? Fear not: Chip the dog is ON IT in this super-silly guide to living your best canine life. Chip is seven; he knows things. Like what to eat (important papers, the fancy bird the humans cooked for the fancy dinner, Grandpa’s teeth), and what not to eat (bees). He won’t get those mixed up, will he?

Pet lovers will see their own goofy fur-friends in Chip's earnest yet ridiculous antics, and readers who love funny animal stories will find their next favorite book buddy with Chip the dog, who's patiently waiting to eat your homework and slobber on your clothes. 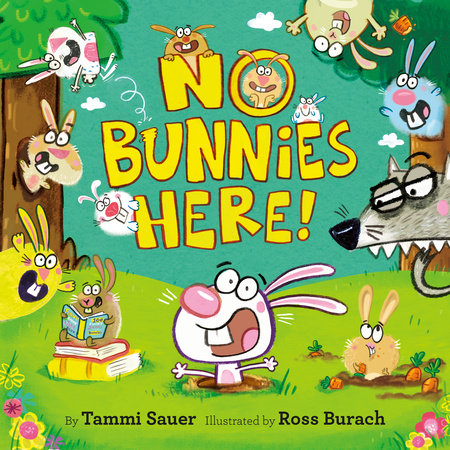 No Bunnies Here! By Tammi Sauer; illustrated by Ross Burach

From the author of Wordy Birdy and the illustrator of The Very Impatient Caterpillar comes a hilarious picture book about a super-sassy bunny who tries to save himself and his cotton-tailed pals from a wolf by conning him into thinking they are not bunnies, despite the fact that a.) they are very clearly bunnies and b.) more and more (and more!) bunnies keep showing up. How many bunnies are in this book? A LOT!

Young readers and their parents won't be able to stop giggling at this chatty, boisterous, fur-filled, fun-filled caper.