RHCB is Heading to ALA Annual 2022

Headed to Washington DC for ALA Annual? Visit the Random House Children’s Books Booth #1907 to meet our authors and chat with our staff! Must Read YA Fantasy

New and exciting fantasy reads that you cannot miss! 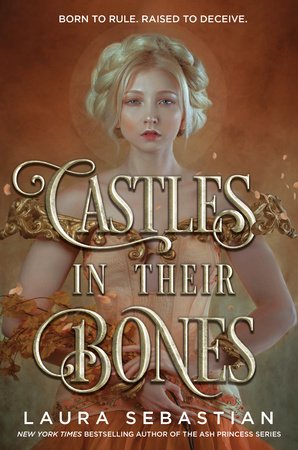 Castles in Their Bones By Laura Sebastian

A spellbinding story of three princesses and the destiny they were born for: seduction, conquest, and the crown. Immerse yourself in the first book in a new fantasy trilogy from the author of the New York Times bestselling Ash Princess series.

"[A] page-turner that brilliantly blends magic, romance, and adventure.” --Booklist

Empress Margaraux has had plans for her daughters since the day they were born. Princesses Sophronia, Daphne, and Beatriz will be queens. And now, age sixteen, they each must leave their homeland and marry their princes.

Beautiful, smart, and demure, the triplets appear to be the perfect brides—because Margaraux knows there is one common truth: everyone underestimates a girl. Which is a grave mistake. Sophronia, Daphne, and Beatriz are no innocents. They have been trained since birth in the arts of deception, seduction, and violence with a singular goal—to bring down monarchies— and their marriages are merely the first stage of their mother’s grand vision: to one day reign over the entire continent of Vesteria.

The princesses have spent their lives preparing, and now they are ready, each with her own secret skill, and each with a single wish, pulled from the stars. Only, the stars have their own plans—and their mother hasn’t told them all of hers.

Life abroad is a test. Will their loyalties stay true? Or will they learn that they can’t trust anyone—not even each other? 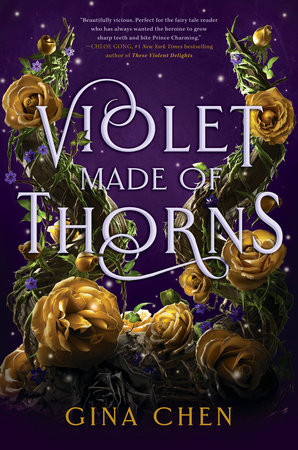 Violet Made of Thorns By Gina Chen

A darkly enchanting fantasy debut about a morally gray witch, a cursed prince, and a prophecy that ignites their fate-twisted destinies—perfect for fans of The Cruel Prince and Serpent & Dove.

Violet is a prophet and a liar, influencing the royal court with her cleverly phrased—and not always true—divinations. Honesty is for suckers, like the oh-so-not charming Prince Cyrus, who plans to strip Violet of her official role once he’s crowned at the end of the summer—unless Violet does something about it.

But when the king asks her to falsely prophesy Cyrus's love story for an upcoming ball, Violet awakens a dreaded curse, one that will end in either damnation or salvation for the kingdom—all depending on the prince’s choice of future bride. Violet faces her own choice: Seize an opportunity to gain control of her own destiny, no matter the cost, or give in to the ill-fated attraction that’s growing between her and Cyrus.

Violet’s wits may protect her in the cutthroat court, but they can't change her fate. And as the boundary between hatred and love grows ever thinner with the prince, Violet must untangle a wicked web of deceit in order to save herself and the kingdom—or doom them all. 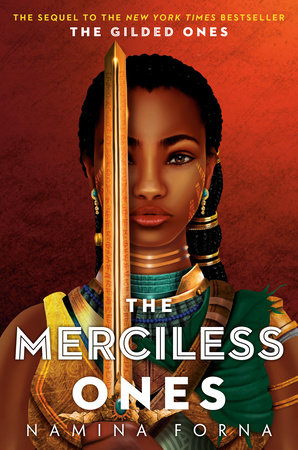 The Gilded Ones #2: The Merciless Ones By Namina Forna

INSTANT NEW YORK TIMES BESTSELLER • The epic, hotly anticipated sequel to the instant bestseller The Gilded Ones about a girl with the power to remake her world—or destroy it.

“Fans of Children of Blood and Bone, Mulan, and the Dora Milaje from Black Panther are going to adore [The Gilded Ones].”—BuzzFeed

It's been six months since Deka freed the goddesses in the ancient kingdom of Otera and discovered who she really is... but war is waging across the kingdom, and the real battle has only just begun. For there is a dark force growing in Otera—a merciless power that Deka and her army must stop.

Yet hidden secrets threaten to destroy everything Deka has known. And with her own gifts changing, Deka must discover if she holds the key to saving Otera... or if she might be its greatest threat.

The Merciless Ones is the second thrilling installment of the epic fantasy series in which a young heroine fights against a world that would dare tame her. 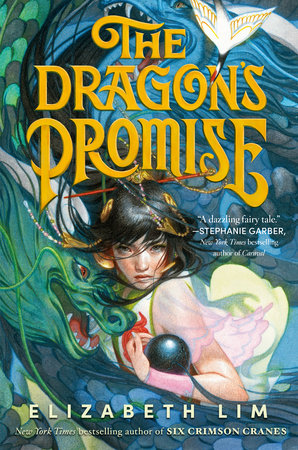 The Dragon's Promise By Elizabeth Lim

From the New York Times Bestselling author of Six Crimson Cranes comes the thrilling next adventure! A journey to the kingdom of dragons, a star-crossed love, and a cursed pearl with the power to mend the world or break it... Fans of Shadow and Bone will devour this soaring fantasy.


Princess Shiori made a deathbed promise to return the dragon's pearl to its rightful owner, but keeping that promise is more dangerous than she ever imagined.

She must journey to the kingdom of dragons, navigate political intrigue among humans and dragons alike, fend off thieves who covet the pearl for themselves and will go to any lengths to get it, all while cultivating the appearance of a perfect princess to dissuade those who would see her burned at the stake for the magic that runs in her blood.

The pearl itself is no ordinary cargo; it thrums with malevolent power, jumping to Shiori's aid one minute, and betraying her the next—threatening to shatter her family and sever the thread of fate that binds her to her true love. It will take every ounce of strength Shiori can muster to defend the life and the love she's fought so hard to win.