Lose yourself in other worlds this summer! 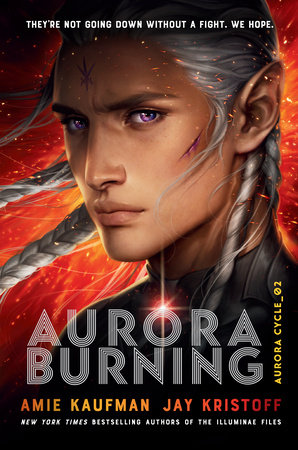 Our heroes are back . . . kind of. From the bestselling co-authors of the Illuminae Files comes the second book in the epic Aurora Cycle series about a squad of misfits, losers, and discipline cases who just might be the galaxy's best hope for survival.

First, the bad news: Anancient evil--your standard consume-all-life-in-the-galaxy deal--is about to be unleashed.The good news? Squad 312 is here to save the day. As soon as they'vejust got to take care of a few small distractions first. Like the clan of gremps who are holding a serious grudge against the squad. And a bunch of illegit GIUTA agents with creepy flowers where their eyes used to be. Then there's Kal's long-lost sister, who's not exactly happy to see him.But with the reappearance of the colony ship that Auri was found on, new clues about Auri--and her powers as a Trigger--begin to come to light. And just in time. Because if Auri can't learn to master her powers, the squad going to be soooo dead.Shocking revelations, bank heists, mysterious gifts,inappropriately tight bodysuits, and an epic firefight will determine the fate of the Aurora Legion's most unforgettable heroes--and, you know, the rest of the galaxy. 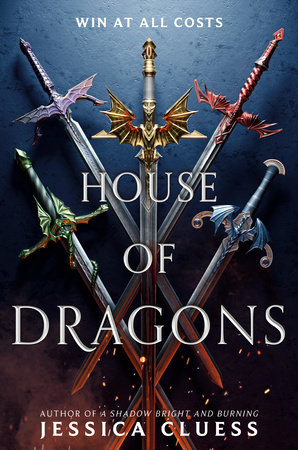 House of Dragons By Jessica Cluess

Five royal houses will hear the call to compete in the Trial for the dragon throne. A liar, a soldier, a servant, a thief, and a murderer will answer it. Who will win? Three Dark Crowns meets The Breakfast Club with DRAGONS.

When the Emperor dies, the five royal houses of Etrusia attend the Call, where one of their own will be selected to compete for the throne. It is always the oldest child, the one who has been preparing for years to compete in the Trial. But this year is different. This year these five outcasts will answer the call...

THE LIAR: Emilia must hide her dark magic or be put to death.

THE SOLDIER: Lucian is a warrior who has sworn to never lift a sword again.

THE SERVANT: Vespir is a dragon trainer whose skills alone will keep her in the game.

THE THIEF: Ajax knows that nothing is free--he must take what he wants.

THE MURDERER: Hyperia was born to rule and will stop at nothing to take her throne. 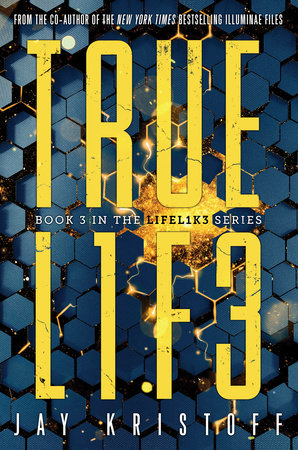 From the bestselling co-author of the Illuminae Files comes the thrilling finale in the LIFEL1K3 trilogy--hailed by Marie Lu as "a breathless, action-packed exploration of what humanity really means."

Best friends have become enemies. Lovers have become strangers. And deciding whose side you're on could be the difference between life and death. For Eve and Lemon, discovering the truth about themselves--and each other--was too much for their friendship to take. But with the country on the brink of a new world war--this time between the BioMaas swarm at CityHive and Daedalus's army at Megopolis, loyalties will be pushed to the brink, unlikely alliances will form and with them, betrayals. But the threat doesn't stop there, because the lifelikes are determined to access the program that will set every robot free. In the end, violent clashes and heartbreaking choices reveal the true heroes . . . and they may not be who you think they are. 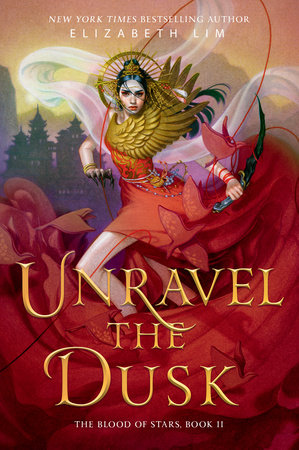 Unravel the Dusk By Elizabeth Lim

From the New York Times bestselling author of Six Crimson Cranes comes a fantasy filled with courtly intrigue, deceitful demons, and breathtaking gowns ... the stakes are higher than ever in this thrilling sequel to Spin the Dawn!

Maia Tamarin's journey to sew the dresses of the sun, the moon, and the stars has taken a grievous toll. She returns to a kingdom on the brink of war. Edan, the boy she loves, is gone--perhaps forever--and no sooner does she set foot in the Autumn Palace than she is forced to don the dress of the sun and assume the place of the emperor's bride-to-be to keep the peace. When the emperor's rivals learn of her deception, there is hell to pay, but the war raging around Maia is nothing compared to the battle within.

Ever since she was touched by the demon Bandur, she has been changing . . . glancing in the mirror to see her own eyes glowing red; losing control of her magic, her body, her mind. It's only a matter of time before Maia loses herself completely, and in the meantime she will stop at nothing to find Edan, protect her family, and bring lasting peace to her country.