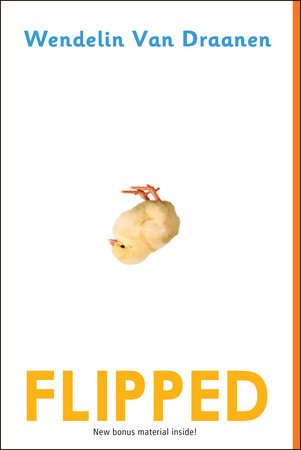 This is a classic romantic comedy of errors told in alternating chapters by two fresh, funny voices. Wendelin Van Draanen is at her best here with a knockout cast and a hilarious series of misunderstandings and missed opportunities. But underlying the humor are two teens in transition. They are each learning to look beyond the surface of people, both figuring out who they are, who they want to be, and who they want to be with. 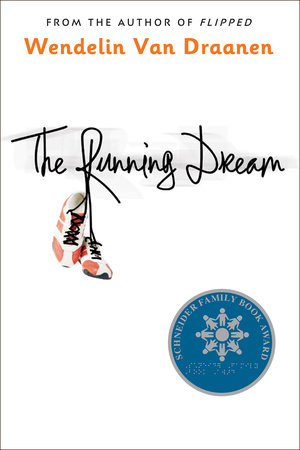 An award-winning and inspiring novel. When Jessica’s dreams are shattered, she puts herself back together–and learns to dream bigger than ever before.

Jessica thinks her life is over when she loses a leg in a car accident. She’s not comforted by the news that she’ll be able to walk with the help of a prosthetic leg. Who cares about walking when you live to run?

As she struggles to cope, Jessica feels both in the spotlight and invisible. People who don’t know what to say, act like she’s not there. Which she could handle better if she weren’t now keenly aware that she’d done the same thing herself to a girl with CP named Rosa. A girl who is going to tutor her through all the math she’s missed. A girl who sees right into the heart of her.

With the support of family, friends, a coach, and her track teammates, Jessica may actually be able to run again. But that’s not enough for her now. She doesn’t just want to cross finish lines herself–she wants to take Rosa with her. 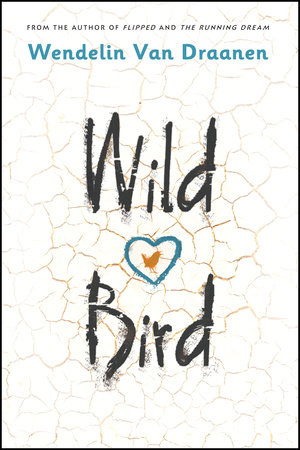 Wendelin Van Draanen offers a remarkable portrait of a girl who took a wrong turn and got lost–but who manages to find herself again in the vast harsh desert. Readers of The Running Dream will love this new Van Draanen story of resilience and survival.

3:47 a.m. That’s when they come for Wren Clemmens. She’s hustled out of her house and into a waiting car, then a plane, and then a forced march into the desert. This is what happens to kids who’ve gone so far off the rails their parents don’t know what what to do with them anymore. This is wilderness therapy camp. Eight weeks of survivalist camping in the desert. Eight weeks to turn your life around. Yeah right.

The Wren who arrives in the Utah desert is angry, bitter, and blaming everyone but herself. But angry can’t put up a tent. And bitter doesn’t start a fire. And Wren’s going to have to admit she needs help if she’s going to survive.

Wendelin Van Draanen shows Wren’s slow and painful journey from lost innocence to found strength. This is a character young teens will absolutely fall in love with. They’ll relate to Wren’s struggles and be gratified by her well-earned recovery. 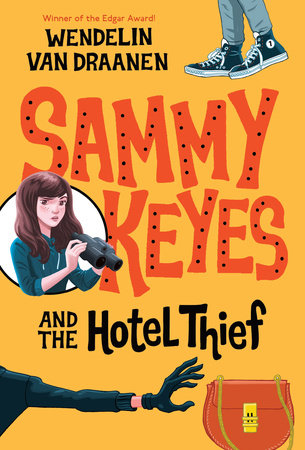 Sammy Keyes and the Hotel Thief

Sammy Keyes–“the smartest, feistiest, bravest, and most heartbreakingly endearing 7th grade sleuth in fiction” Hotel Thief is the first book in the series.

Grams told me my binoculars were going to get me into trouble. I just didn’t believe her. Until I saw a man stealing money from a hotel room across the street–and he saw me.

What Sammy should have done was put down the binoculars and call 911. What she does instead is tighten up the focus to get a better look. There’s something really familiar about this crook. And then–in a quintessential Sammy move–she waves.

Thus begins the inadvertent sleuthing career of a regular kid, just trying to make it through junior high.