Say Hwæt? (Voice, Beowulf, and the Art of Translation) 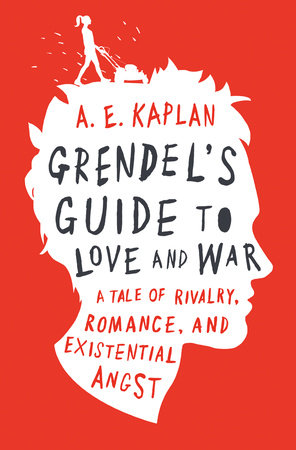 Okay, maybe it is a little. But mostly, this will be a post about voice; that strange, amorphous part of a story that seems to be so hard to define. Voice is, of course, short for “the voice of the storyteller,” and I would argue that it is at least as important as plot. A good writer—one who can tell a good story, one whose prose seems to be a living thing—can make any story interesting. I would rather read a good writer’s description of a trip to the pharmacy than a bad writer’s tale of muscly space hunks who save the Earth from a giant asteroid.[i]

I’ve been thinking about this a lot recently, because I relied so heavily on Heaney’s translation while I was writing Grendel’s Guide to Love and War.

When I first began tinkering with the idea of this book, I had to confront the fact that my understanding of Beowulf was embarrassingly shallow. I had read the original, but I only understood it as a story about feuds, monsters, and good folks ripping the arms off bad folks because they deserved it. The greater subtext… Beowulf’s value system, the reality of the world he lived in, what it was that he really wanted—that was all lost on me.

Heaney’s work—the epic infused with his own voice—changed my understanding of what was most important about Beowulf, which, more than a story about a good arm-ripping, is a story about the immortality of legacies and the desperate need people have to be known and remembered. It took my reading a different translation for me to see what I needed to see in the text. Without it, I never would have been able to finish writing Grendel at all.

When I first read Beowulf, Heaney’s translation did not yet exist.[ii] Our high school textbook contained excerpts from an older translation, and while it was serviceable, it was hardly inspiring. I liked the story; there were monsters, and monsters are always good, and the good guy bites it in dramatic fashion, which is even better. But at the same time, it was just… okay. None of us reading that text ever stood up in class and said “Holy crap, did you just read that?”

So when I came across Seamus Heaney’s translation many years later, imagine my surprise when I stood up and said, “Holy crap!”

I’ll give you an example. My favorite part of the epic is the end, after Beowulf has died. Everybody is thinking this is probably not good, and since we’ve seen Beowulf’s milquetoast thanes (who famously stand around eating popcorn while Beowulf fights the dragon until he keels over dead), we know they are probably correct to be worried. Here’s the 1910 translation by Francis Barton Gummere:

Wailing her woe, the widow1 old,
her hair upbound, for Beowulf’s death
sung in her sorrow, and said full oft
she dreaded the doleful days to come,
deaths enow, and doom of battle,
and shame.

Okay. So, we know things are not that great? But, you know. Whatever. It’s cool. I would argue that “doleful” is a poor word choice if he’s trying to convey something really catastrophic.

Now here’s Heaney’s translation of the same part of the text:[iii]
A Geat woman too sang out in grief;
With hair bound up, she unburdened herself
of her worst fears, a wild litany
of nightmare and lament: her nation invaded,
enemies on the rampage, bodies in piles,
slavery and abasement.

Heaney manages to convey an almost unutterable existential dread. It’s chilling. And we understand, now, that Beowulf was not just a slayer of mythical monsters. He was all that stood between his people and an oncoming tide of horrors, slavery, and death.

Heaney does all that with the power of his voice. The entire translation is fabulous, and it punches you in the gut again and again. It wasn’t until I found the right translation that I was able to connect with the story on a deeper level. And this is how Beowulf, run through the filter of my own brain, became Grendel’s Guide, which is of course not a translation but a retelling (retelling being translation’s freer, less literal cousin). My hero is Grendel, not Beowulf, although he struggles with the same basic desires, though Tom’s craving is less to be remembered than to remember others, and to connect to a father whose own broken memory has caused him to drift away from his son. Tom fights not actual monsters but those villains one is more likely to run into in 2017: the self-absorbed, the cruel, and the willfully ignorant.

These different levels of interpretation—from translations to retellings—serve as a set of gateways to the original work, with Beowulf (in the original Old English) in the center, the translations inhabiting the next rung, and the retellings the next. Some might argue that the further out you go from the original, the more you obscure the original intent, but I would argue that these gateways also serve to shine new light on the original, by giving new ways of understanding a story. John Gardner’s Grendel asked (long before I did) what the story might have been like from the Grendel’s point of view.[iv] Neil Gaiman and Roger Avary—who wrote the script for the 2007 Angelina Jolie-fronted film Beowulf—imagined that Hrothgar and Grendel were actually related.[v]

So what is the point? Translations, are important not just because they disclose the literal contents of the text, but because they convey the heart and voice of the story. It’s an enormous challenge, working within the framework of someone else’s existing words, rendering those words into a different language, and then breathing life back into them again.[vi] Unfortunately, many non-English works only have one translation available, and you just have to hope that what you have is a good one. But for older and more famous works, there are frequently multiple possibilities, and these are often the texts assigned to young people, who may be seeing these stories for the first time. And finding the right translation—not just an accurate one, but one with a voice that is witty, vivid, and accessible—may mean the difference between an engaged, passionate reader and one who leaves the story behind, baffled and bored.

Of course, this is what those of us who write retelling are doing as well… imbuing existing stories with our own voices, and hoping we’re up to the task of taking something old and grand and giving it a new life. And perhaps those new stories will inspire the next generation to add their own layers of interpretation to the gateways around Beowulf.

[ii] Between the time I first read Beowulf and wrote Grendel’s Guide, Heaney won the Nobel prize, translated Beowulf and a host of other works, and published half a dozen of his own poetry anthologies. He was a busy guy.

[iii] For further comparison, here is Tolkien’s 1926 (published in 2014) translation of the same passage:

There too a lamentable lay many a Geatish maiden with braided tresses for Beowulf made, singing in sorrow, oft repeating that days of evil she sorely feared, many a slaying cruel and terror armed, ruin and thraldom’s bond.

(Heaney’s is still the best version.)

[iv] There is no prank war in Gardner’s version, nor are there any pigs, pot-eating or otherwise.

[v] NB: if a hot woman appears randomly out of a bog, probably sleeping with her is a bad idea.

[vi] I sometimes think that translating a book works a bit like the transporters on Star Trek… you take someone apart at the molecular level, send then someplace else, and then put them back together, but if you are not very careful, the person does not come back to life at the other end.