There are so many incredible books publishing this fall! Among them are these middle grade titles coming out in November. This selection has something for every reader, so be sure to add them to your classroom or library today! Are You Ready to Hatch an Unusual Chicken? By Kelly Jones; illustrated by Katie Kath

Twelve-year-old Sophie Brown is finally settling into her new home and her new role as keeper of some highly unusual chickens–chickens with secret superpowers!

But the arrival of two new magical chickens for her flock and some unusual eggs to be incubated and hatched (what will their superpowers be?), plus an impending inspection from the Unusual Poultry Committee (who even knew this existed?) has Sophie feeling pretty stressed out. Her older cousin, Lupe, is coming to stay with her family, which is great–but will Lupe like chickens too? And on top of it all, Sophie’s first day at her new school is rapidly approaching!

Download photo props and activity sheets for your classroom or library! 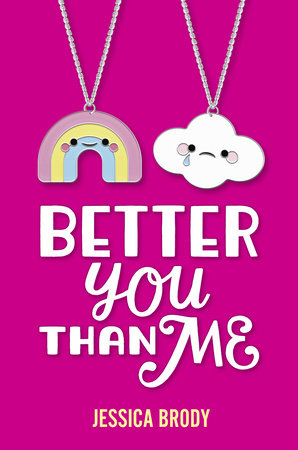 Better You Than Me By Jessica Brody

Ruby Rivera is a twelve-year-old superstar with millions of followers. Skylar Welshman is a seventh grader who wants to be cool–and she’s Ruby’s biggest fan. When Skylar and Ruby meet on the set of Ruby’s hit show, Ruby of the Lamp, and wish they could switch places . . . it happens!

Now Ruby is living Skylar’s life–going to a normal school, eating fro-yo, sleeping in, texting boys . . . it’s amazing. And being Ruby is even better than Skylar imagined–her fancy closet is huge, everyone wants to be her friend, and she gets to spend every day with Ryder Vance, her dreamy costar. Life is a blast!

But when Ruby finds herself dealing with mean girls and Skylar discovers that being a celebrity isn’t all red-carpet glamour, the girls start to wonder if being yourself isn’t so bad after all. Can they swap bodies again? Or are they stuck being each other forever? 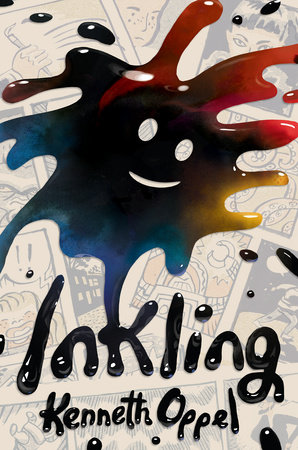 The Rylance family is stuck. Dad’s got writer’s block. Ethan promised to illustrate a group project at school–even though he can’t draw. Sarah’s still pining for a puppy. And they all miss Mom. So much more than they can say.

Enter Inkling. Inkling begins life in Mr. Rylance’s sketchbook. But one night the ink of his drawings runs together–and then leaps off the page! This small burst of creativity is about to change everything.

Ethan finds him first. Inkling has absorbed a couple chapters of his math book–not good–and the story he’s supposed to be illustrating for school–also not good. But Inkling’s also started drawing the pictures to go with the story–which is amazing! It’s just the help Ethan was looking for! Inkling helps the rest of the family too–for Sarah he’s a puppy. And for Dad he’s a spark of ideas for a new graphic novel. It’s exactly what they all want.

It’s not until Inkling goes missing that this family has to face the larger questions of what they–and Inkling–truly need.

When Theo’s photography project is mysteriously vandalized at school there are five suspected students who all say “it wasn’t me.”

Theo just wants to forget about the humiliating incident but his favorite teacher is determined to get to the bottom of it and has the six of them come into school over vacation to talk. She calls it “Justice Circle.” The six students—the Nerd, the Princess, the Jock, the Screw Up, the Weirdo, and the Nobody—think of it as detention. AKA their worst nightmare.

That is until they realize they might get along after all, despite their differences. But what is everyone hiding and will school ever be the same?