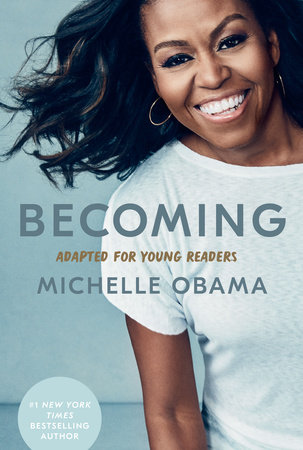 Michelle Robinson was born on the South Side of Chicago. From her modest beginnings, she would become Michelle Obama, the inspiring and powerful First Lady of the United States, when her husband, Barack Obama, was elected the forty-fourth president. They would be the first Black First Family in the White House and serve the country for two terms.

Growing up, Michelle and her older brother, Craig, shared a bedroom in their family’s upstairs apartment in her great-aunt’s house. Her parents, Fraser and Marian, poured their love and energy into their children. Michelle’s beloved dad taught his kids to work hard, keep their word, and remember to laugh. Her mom showed them how to think for themselves, use their voice, and be unafraid.

But life soon took her far from home. With determination, carefully made plans, and the desire to achieve, Michelle was eager to expand the sphere of her life from her schooling in Chicago. She went to Princeton University, where she learned what it felt like to be the only Black woman in the room. She then went to Harvard Law School, and after graduating returned to Chicago and became a high-powered lawyer. Her plans changed, however, when she met and fell in love with Barack Obama.

From her early years of marriage, and the struggle to balance being a working woman, a wife, and the mom of two daughters, Michelle Obama details the shift she made to political life and what her family endured as a result of her husband’s fast-moving political career and campaign for the presidency. She shares the glamour of ball gowns and world travel, and the difficulties of comforting families after tragedies. She managed to be there for her daughters’ swim competitions and attend plays at their schools without catching the spotlight, while defining and championing numerous initiatives, especially those geared toward kids, during her time as First Lady.

Most important, this volume for young people is an honest and fascinating account of Michelle Obama’s life led by example. She shares her views on how all young people can help themselves as well as help others, no matter their status in life. She asks readers to realize that no one is perfect, and that the process of becoming is what matters, as finding yourself is ever evolving. In telling her story with boldness, she asks young readers: Who are you, and what do you want to become? 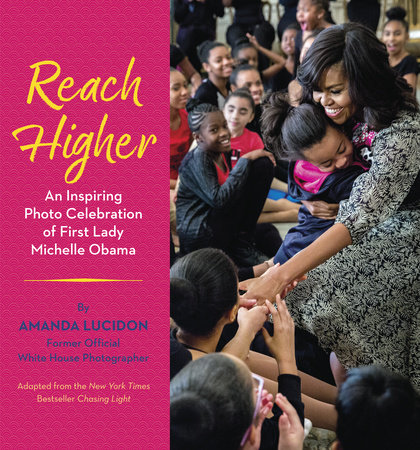 This stunning and revealing collection of seventy photographs, coupled with personal reflections and behind-the-scenes stories, captures and celebrates Mrs. Obama’s White House years and her dedication to improving the lives of young people in the United States and around the world.

As a former official White House photographer, Amanda Lucidon shares an insider’s view on the role of the First Lady by documenting life at the White House and sharing personal memories that reveal what makes Mrs. Obama so special. 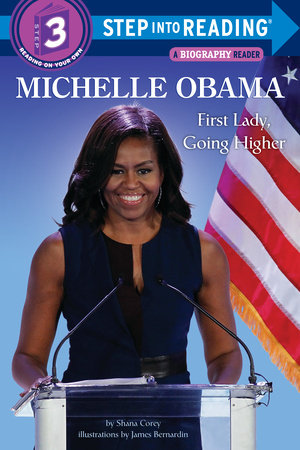 Michelle Obama is a lot like YOU! She grew up on the South Side of Chicago with her brother, Craig. She rode her bike and played freeze tag with her friends. And she and her family ate dinner together every night!

Michelle’s parents taught her to work hard and not let anyone or anything stand in her way. That work ethic has propelled her through her whole life—through her magnet high school, her college years at Princeton, and Harvard Law School. Her parents also taught her to reach back and help others once she found success, evidence of which is everywhere in her work as First Lady of the United States and beyond. 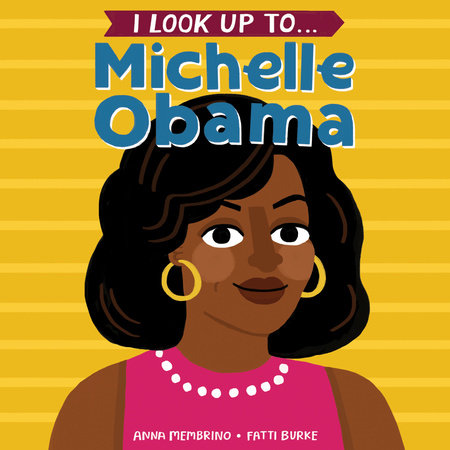 I Look Up To... Michelle Obama By Anna Membrino; illustrated by Fatti Burke

It’s never too early to introduce your child to the people you admire! This board book distills Michelle Obama’s excellent qualities into deliciously illustrated little baby-sized bites, with text designed to share and read aloud.

Each spread highlights an important trait, and is enhanced by a quote from Michelle herself. Kids will grow up hearing the words of this influential woman and will learn what YOU value in a person!