No tricks, only treats! Enjoy these spooky reads for some Halloween fun! (Maybe leave the lights on, just in case.) 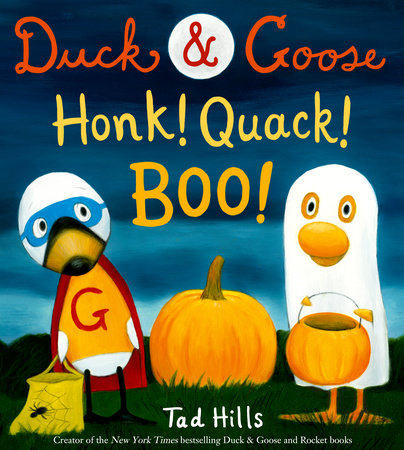 In this delightful follow-up to the New York Times bestselling Duck & Goose; Duck, Duck, Goose; and Duck & Goose Go to the Beach, the feathered friends are ready for a night of trick-or-treating in the meadow. Duck is going as a spooky ghost. Goose is going as a brave superhero. And Thistle’s costume . . . well, that’s a secret. But what will Duck and Goose do when they hear a very scary swamp monster is looking for them? For ages 3–7 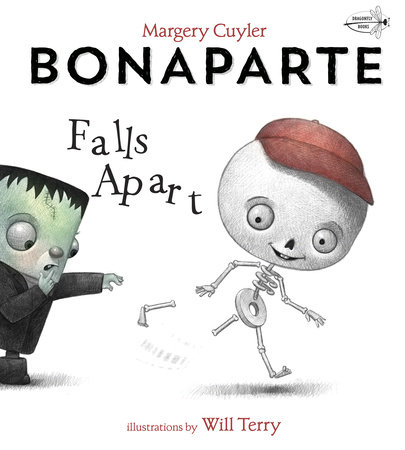 Bonaparte Falls Apart By Margery Cuyler; illustrated by Will Terry

Bonaparte was having a tough time. It was hard for this young skeleton to hang loose when he couldn’t keep hold of himself. When he played catch, his throwing arm literally took a flyer. Eating lunch could be a real jaw-dropping occasion. How can he start school when he has so many screws loose? Luckily, Bonaparte hit the bone-anza when it came to his friends. Franky Stein, Black Widow, and Mummicula all have some bone-headed ideas to help. But it takes a skeleton’s best friend—a dog named Mandible—to retrieve Bonaparte’s missing confidence. For ages 3–7 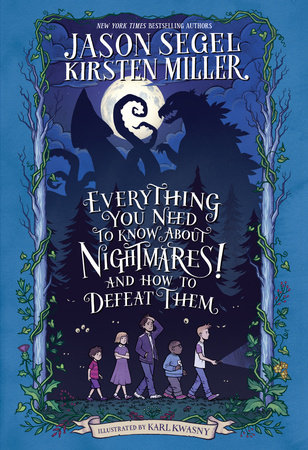 Everything You Need to Know About NIGHTMARES! and How to Defeat Them By Jason Segel and Kirsten Miller; illustrated by Karl Kwasny

Everything You Need to Know About NIGHTMARES! and How to Defeat Them is a handbook for anyone with nightmare problems. This companion to the Nightmares! series is a fully illustrated guide to battling anything that goes bump in the night. The book is broken down into parts, each devoted to a different type of nightmare (the Lurkers, the Blood Suckers, the Ancient Ones), and then into chapters, covering separate species within each category. These chapters include a nightmare profile, their strengths and weaknesses, and pro tips for beating each type. For ages 8–12 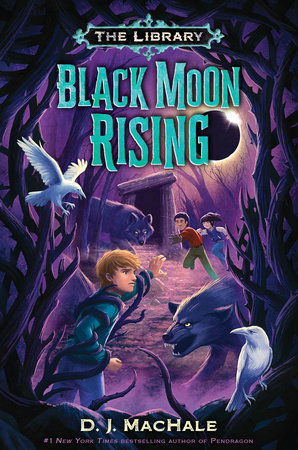 Marcus is an agent of the Library—a place filled with tales that don’t have an ending; puzzles that won’t be solved until Marcus and his friends Theo and Lu step in to finish them—before it’s too late. Mysterious accidents are disturbing a middle school in Massachusetts. Windows shatter for no good reason. The bleachers collapse at a pep rally. Most of the students think they’re just having a string of bad luck, but Marcus and his friends suspect something more dangerous. Something like witchcraft. When the black moon rises, this story must come to an end . . . one way or another. For ages 8–12 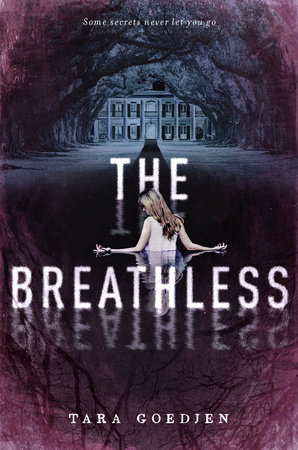 The Breathless By Tara Goedjen

Once there were three beautiful sisters at Blue Gate House. And then there were two. Roxanne Cole’s death tore the center out of the Cole family, and for the last year Mae hasn’t been able to breathe. Everyone wants to forget Ro, but Mae can’t let her go. No one knows what really happened on the shores of the beach where Ro’s body was found, but her boyfriend, Cage, took off that night and hasn’t been seen since. Until now. One year—almost to the day—from her death, he knocks on the door of Blue Gate House and asks where she is. According to him, he last saw her only the day before. Everyone is sure Cage is a killer, but Mae sees something else. She sees heartbreak—and someone who might be able to help her figure out what exactly happened on the beach that night. Searching for the truth can be dangerous, though. And when you live in a place like Blue Gate, you’re likely to uncover more than you bargained for. Ghosts are never happy to give up their secrets. For ages 12 and up

Haunting the Deep By Adriana Mather

Having survived one curse, Samantha Mather never thought she would find herself at the center of another one. This time, Sam is having recurring dreams about the Titanic and meeting real-life passengers, as well as some other ominous figures who may know more than they’re telling. Meanwhile, in Sam’s waking life, strange missives from the Titanic have been finding their way to her—along with ghostly visions of people who died when the ship went down. Ultimately, Sam and the Descendants, along with some help from heartthrob Elijah, must unravel who is behind the spell that is drawing her ever further into the dream ship . . . and closer to sharing the fate of the passengers reaching out to her for help. For ages 12 and up