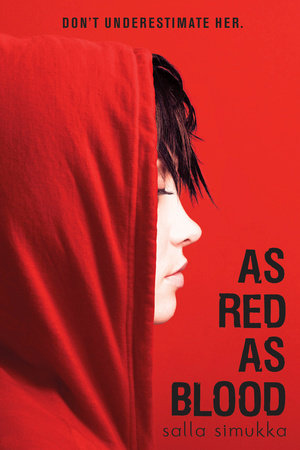 As Red as Blood By Salla Simukka

The Girl with the Dragon Tattoo meets Six of Crows—this international bestseller is an edge-of-your-seat thriller that chills to the bone, and not just because of the icy winter setting.

Lumikki Andersson has made it a rule to stay out of things that do not involve her. She knows all too well that trouble comes to those who stick their nose where it doesn’t belong. But Lumikki’s rule is put to the test when she uncovers thousands of washed Euro notes hung to dry in her school’s darkroom and three of her classmates with blood on their hands. Literally.

A web of lies and deception now has Lumikki on the run from those determined to get the money back—no matter the cost. At the center of the chaos: Polar Bear, the mythical drug lord who has managed to remain anonymous despite his lavish parties and notorious reputation. If Lumikki hopes to make it out alive, she’ll have to uncover the entire operation. 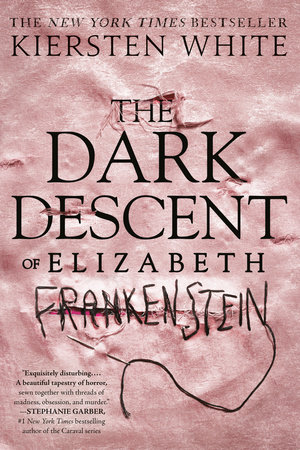 The Dark Descent of Elizabeth Frankenstein By Kiersten White

Elizabeth Lavenza hasn’t had a proper meal in weeks. Her thin arms are covered with bruises from her “caregiver,” and she is on the verge of being thrown into the streets… until she is brought to the home of Victor Frankenstein, an unsmiling, solitary boy who has everything—except a friend.

Victor is her escape from misery. Elizabeth does everything she can to make herself indispensable—and it works. She is taken in by the Frankenstein family and rewarded with a warm bed, delicious food, and dresses of the finest silk. Soon she and Victor are inseparable.

But her new life comes at a price. As the years pass, Elizabeth’s survival depends on managing Victor’s dangerous temper and entertaining his every whim, no matter how depraved. Behind her blue eyes and sweet smile lies the calculating heart of a girl determined to stay alive no matter the cost… as the world she knows is consumed by darkness. 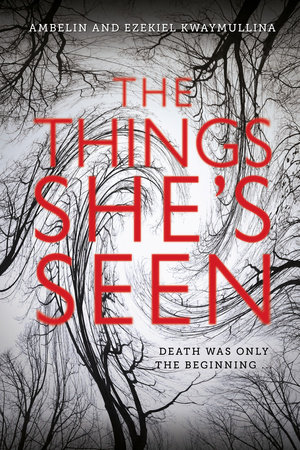 Nothing’s been the same for Beth Teller since the day she died.

Her dad is drowning in grief. He’s also the only one who has been able to see and hear her since the accident. But now she’s got a mystery to solve, a mystery that will hopefully remind her detective father that he needs to reconnect with the living.

The case takes them to a remote Australian town, where there’s been a suspicious fire. All that remains are an unidentifiable body and an unreliable witness found wandering nearby. This witness speaks in riddles. Isobel Catching has a story to tell, and it’s a tale to haunt your dreams—but does it even connect to the case at hand?

As Beth and her father unravel the mystery, they find a shocking and heartbreaking story lurking beneath the surface of a small town. 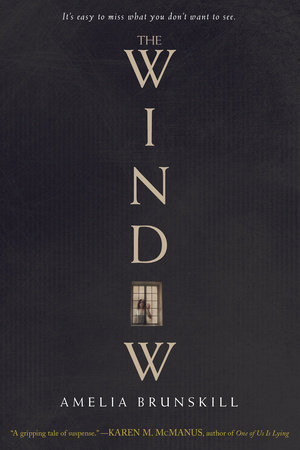 Anna is everything her identical twin is not. Outgoing and athletic, she is the opposite of quiet introvert Jess. The same on the outside, yet so completely different inside—it’s hard to believe the girls are sisters, let alone twins. But they are. And they tell each other everything.

Jess is compelled to learn everything she can about the sister she thought she knew. At first it’s a way to stay busy and find closure… but Jess soon discovers that her twin kept a lot of secrets. And as she digs deeper, she learns that the answers she’s looking for may be truths that no one wants her to uncover.

A feminist Lord of the Flies about three best friends living in quarantine at their island boarding school, and the lengths they go to uncover the truth of their confinement when one disappears. This fresh, new debut is a mind-bending novel unlike anything you’ve read before.

It’s been eighteen months since the Raxter School for Girls was put under quarantine. Since the Tox hit and pulled Hetty’s life out from under her.

It started slow. First the teachers died one by one. Then it began to infect the students, turning their bodies strange and foreign. Now, cut off from the rest of the world and left to fend for themselves on their island home, the girls don’t dare wander outside the school’s fence, where the Tox has made the woods wild and dangerous. They wait for the cure they were promised as the Tox seeps into everything.

But when Byatt goes missing, Hetty will do anything to find her, even if it means breaking quarantine and braving the horrors that lie beyond the fence. And when she does, Hetty learns that there’s more to their story, to their life at Raxter, than she could have ever thought true.

Get the brochure!
Random House Teachers and Librarians