Congratulations to our ALA Award Winners!

Given annually to the best debut work from an author writing for young adults. 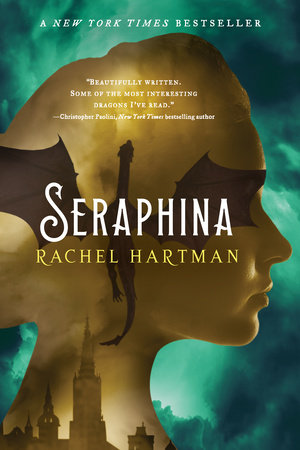 In her New York Times bestselling debut, Rachel Hartman introduces mathematical dragons in an alternative-medieval world to fantasy and science-fiction readers of all ages. Eragon-author Christopher Paolini calls them, “Some of the most interesting dragons I’ve read in fantasy.”

Four decades of peace have done little to ease the mistrust between humans and dragons in the kingdom of Goredd. Folding themselves into human shape, dragons attend court as ambassadors, and lend their rational, mathematical minds to universities as scholars and teachers. As the treaty’s anniversary draws near, however, tensions are high.

Seraphina Dombegh has reason to fear both sides. An unusually gifted musician, she joins the court just as a member of the royal family is murdered—in suspiciously draconian fashion. Seraphina is drawn into the investigation, partnering with the captain of the Queen’s Guard, the dangerously perceptive Prince Lucian Kiggs. While they begin to uncover hints of a sinister plot to destroy the peace, Seraphina struggles to protect her own secret, the secret behind her musical gift, one so terrible that its discovery could mean her very life. 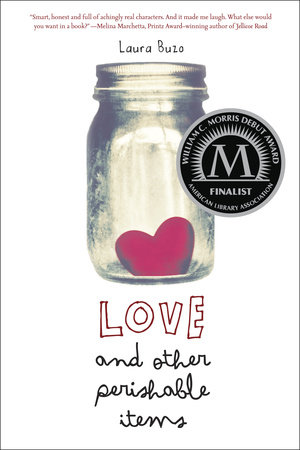 Love and Other Perishable Items By Laura Buzo

Love is awkward, Amelia should know.

From the moment she sets eyes on Chris, she is a goner. Lost. Sunk. Head over heels infatuated with him. It’s problematic, since Chris, 21, is a sophisticated university student, while Amelia, 15, is 15.

Amelia isn’t stupid. She knows it’s not gonna happen. So she plays it cool around Chris—at least, as cool as she can. Working checkout together at the local supermarket, they strike up a friendship: swapping life stories, bantering about everything from classic books to B movies, and cataloging the many injustices of growing up. As time goes on, Amelia’s crush doesn’t seem so one-sided anymore. But if Chris likes her back, what then? Can two people in such different places in life really be together?

Through a year of befuddling firsts—first love, first job, first party, and first hangover—debut author Laura Buzo shows how the things that break your heart can still crack you up. 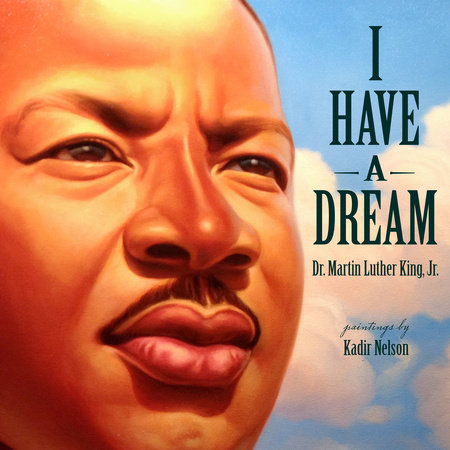 I Have a Dream By Martin Luther King, Jr.; illustrated by Kadir Nelson

From Dr. Martin Luther King, Jr.’s daughter, Dr. Bernice A. King: “My father’s dream continues to live on from generation to generation, and this beautiful and powerful illustrated edition of his world-changing “I Have a Dream” speech brings his inspiring message of freedom, equality, and peace to the youngest among us—those who will one day carry his dream forward for everyone.”

On August 28, 1963, on the steps of the Lincoln Memorial during the March on Washington, Martin Luther King gave one of the most powerful and memorable speeches in our nation’s history. His words, paired with Caldecott Honor winner Kadir Nelson’s magnificent paintings, make for a picture book certain to be treasured by children and adults alike. The themes of equality and freedom for all are not only relevant today, 50 years later, but also provide young readers with an important introduction to our nation’s past. Included with the book is an audio CD of the speech. Established by YALSA to recognize an author and a specific body of their work for their significant and lasting contribution to young adult literature. This year’s recipient is Tamora Pierce, who is being honored for her four books in the Song of the Lioness series (published by Atheneum Books for Young Readers, an imprint of Simon & Schuster Children’s Publishing Division) as well as her Protector of the Small quartet, which begins with First Test, and continues with Page, Squire, and Lady Knight, all published by Laurel Leaf, an imprint of Random House Children’s Books.

Tamora Pierce was drawn to books from a young age. Raised in rural Pennsylvania, the child of a “long, proud line of hillbillies,” her family never had much. “We were poor, but I didn’t know it then. We had a garden where my folks grew fruit and vegetables and our water came from a well,” she explains. But one thing they did have was plenty of books. So Tamora read.

A self-proclaimed “geek,” she devoured fantasy and science fiction novels, and by the age of 12 was mimicking her literary idols and writing her own action-packed stories. It was thanks to her father that Tamora began writing. “He heard me telling myself stories as I did dishes, and he suggested that I try to write some of them down,” Pierce says.

But Tamora’s novels had one major difference: unlike the books she was reading, her stories featured teenaged girl warriors. “I couldn’t understand this lapse of attention on the part of the writers I loved, so until I could talk them into correcting this small problem, I wrote about those girls, the fearless, bold, athletic creatures that I was not, but wanted so badly to be.”

Seventeen years later, after graduating from the University of Pennsylvania, a brief career in teen social work and some time spent writing for radio, Tamora Pierce held true to her childhood crusade, and published Alanna: The First Adventure, the first in a quartet about a valiant, young, female warrior. Pierce’s heroine struck a chord with readers across the country and quickly earned her a loyal following.

Pierce is now a #1 New York Times bestselling author and has written twenty-five books, including her newest, BEKA COOPER #2: Bloodhound. “It’s a pretty good life, if I do say so myself. Struggling along as a kid and even through my twenties, it’s the kind of life I dreamed of but never believed I would get. Yet here I am, after a lot of work, a lot of worry, a lot of care for details, and a massive chunk of luck, the kind that brought me such strong friends and readers. Pretty good for a hillbilly, yes? And I never take it for granted,” she says.

Pierce lives in upstate New York with her husband Tim and their three cats and two birds.