Dive into this hilarious and magical series where mythical creatures meet modern-day kids! 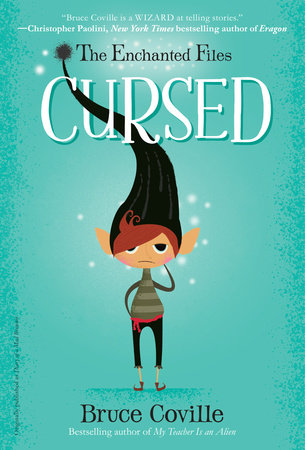 In the first hilarious Enchanted Files, Angus is a brownie. No, not the kind you eat! He’s a tiny magical creature that loves to do chores. Angus has just “inherited” a new human girl, Alex. To say that Alex is messy would be an understatement. She’s a total hurricane-like disaster—and she likes it that way, thankyouverymuch! Living with each other isn’t easy but Angus and Alex soon learn there is a curse that binds them. What’s worse, it threatens Alex’s family! Working together, Angus and Alex will set out to break the curse . . . without killing each other first . . . hopefully.

“Smart, amusing, and a lot of fun” —Booklist (starred review)

“With magic, mischief, and mayhem to spare, this sweet story of an unlikely friendship ought to delight readers of any age.” —Publishers Weekly 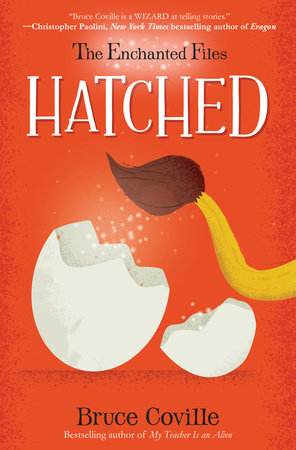 Meet Gerald. Gerald is a griffin—a creature with the body of a lion and the head of an eagle. According to the Code of the Griffins, that means he should be:

1. Brave and fierce in all situations!
2. A guardian of a great treasure!
3. Completely and totally hidden from the humans!

But what if a griffin ISN’T brave or fierce? What if he’s NEVER found a great treasure (or ANY treasure, for that matter)? What if he feels like such an embarrassment that the only thing left for him to do is run away? And what if the only place no one will look for him is . . . the human world?

“Hilarious. Middle-grade readers will be carried along by the buoyancy of the writing, the skillful design, and the humor on almost every page. Egg-ceptionally funny!” —Kirkus Reviews 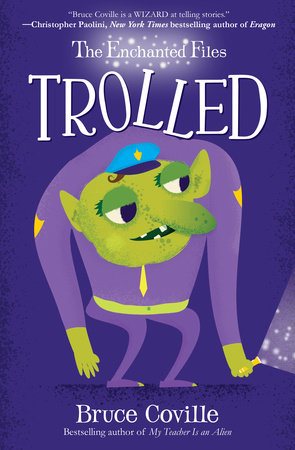 Any troll worth their farts knows that a proper troll should:

1. Avoid thinking or feeling! (Feelings? Blech!)
2. Love burping and farting! (But who doesn’t?)
3. And, most important, despise humans!

But Ned is not just any troll. Even though Ned is nearly seven feet tall, with a nose the size of a pickle, Ned has a heart full of LOVE! A heart that swoons over poetry and craves true friendship!

And when it comes to humans . . . it’s complicated. So complicated that long ago, Ned fled the Enchanted Realm for the one place no one would notice a troll hiding in plain sight: NEW YORK CITY. But one human boy—Cody—has noticed. And Cody’s snooping leads to a wild and hilarious adventure that takes readers from the tunnels underneath Grand Central all the way to the Enchanted Realm (and back again!). Bruce Coville is the author of 101 books for children and young adults, including the international bestseller My Teacher Is an Alien, and the wildly popular Unicorn Chronicles series. His works have appeared in over a dozen languages and won children’s choice awards in over a dozen states. He has been, at various times, a teacher, a toy maker, a magazine editor, a gravedigger, and a cookware salesman. He is also the founder of Full Cast Audio, an audiobook publishing company devoted to producing full-cast, unabridged recordings of material for family listening. Mr. Coville lives in Syracuse, New York, with his wife, author and illustrator Katherine Coville. Visit him at BruceCoville.com.