An overachiever who doesn’t get accepted to college; a self-proclaimed Bollywood expert whose own love story doesn’t follow a predictable plot; a popular girl hiding a secret inner world. We know that women comprise many layers. These books range from thrillers to romance, but all share a strong female protagonist. Choose one for your book club and get ready to explore the complicated lives of these female characters. Here are a few questions to get you started:

Feel free to make up your own questions or use the attached guides for some of the books to continue the conversation!

Watch You Burn By Amanda Searcy

Jenny didn’t want to move to the creepy, possibly haunted town with her dad. But the cops are on to her, and the only way she can protect herself is by moving as far away from her hometown as possible and staying out of trouble.

But even after she moves, Jenny still gets the itch. The itch to light a match and then watch it burn.

It’s something she hasn’t been able to stop, ever since an accident years ago. Now, in a new town, Jenny has the strange feeling that someone is watching her every move. Will her arsonist ways be exposed? Or is the burning truth deep inside her a greater danger?

Mischa Abramavicius is a walking, talking, top-scoring, perfectly well-rounded college application in human form. So when she’s rejected not only by the Ivies, but her loathsome safety school, she is shocked and devastated. All the sacrifices her mother made to send her to prep school, the late nights cramming for tests, the blatantly résumé-padding extracurriculars (read: Students for Sober Driving) … all that for nothing.
As Mischa grapples with the prospect of an increasingly uncertain future, she questions how this could have happened in the first place. Is it possible that her transcript was hacked? With the help of her best friend and sometimes crush, Nate, and a group of eccentric techies known as “The Ophelia Syndicate,” Mischa launches an investigation that will shake the quiet community of Blanchard Prep to its stately brick foundations. 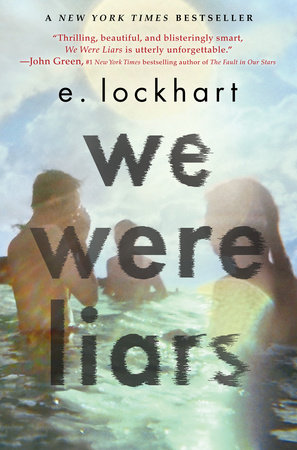 We Were Liars By E. Lockhart

A beautiful and distinguished family.
A private island.
A brilliant, damaged girl; a passionate, political boy.
A group of four friends—the Liars—whose friendship turns destructive.
A revolution. An accident. A secret.
Lies upon lies.
True love.
The truth.

We Were Liars is a modern, sophisticated suspense novel from New York Timesbestselling author, National Book Award finalist, and Printz Award honoree E. Lockhart.
Read it.
And if anyone asks you how it ends, just LIE.

Winnie Mehta was never really convinced that Raj was her soul mate, but their love was written in the stars. Literally, a pandit predicted Winnie would find the love of her life before her eighteenth birthday, and Raj meets all the qualifications. Which is why Winnie is shocked when she returns from her summer at film camp to find her boyfriend of three years hooking up with Jenny Dickens. As a self-proclaimed Bollywood expert, Winnie knows this is not how her perfect ending is scripted.

Then there’s Dev, a fellow film geek and one of the few people Winnie can count on. Dev is smart and charming, and he challenges Winnie to look beyond her horoscope and find someone she’d pick for herself. But does falling for Dev mean giving up on her prophecy and her chance to live happily ever after? To find her perfect ending, Winnie will need a little bit of help from fate, family, and of course, a Bollywood movie star. The Museum of Us By Tara Wilson Redd

Secrets are con artists: they trick you into letting them out.

Sadie loves her rocker boyfriend Henry and her running partner and best friend Lucie, but no one can measure up to her truest love and hero, the dazzling and passionate George. George, her secret.

When something goes wrong and Sadie is taken to the hospital calling out for George, her hidden life may be exposed. Now she must confront the truth of the past, and protect a world she is terrified to lose.