Back to School Books 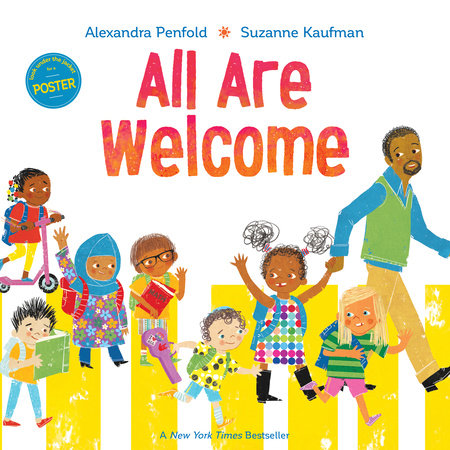 All Are Welcome By Alexandra Penfold; illustrated by Suzanne Kaufman

Join the call for a better world with this New York Times bestselling picture book about a school where diversity and inclusion are celebrated. The perfect back-to-school read for every kid, family and classroom!

In our classroom safe and sound.
Fears are lost and hope is found.

Discover a school where all young children have a place, have a space, and are loved and appreciated.

Readers will follow a group of children through a day in their school, where everyone is welcomed with open arms. A school where students from all backgrounds learn from and celebrate each other's traditions. A school that shows the world as we will make it to be.

“An important book that celebrates diversity and inclusion in a beautiful, age-appropriate way.” – Trudy Ludwig, author of The Invisible Boy Get ready to go back to school with this inclusive, empathetic story that will help kids new to the classroom transform from timid caterpillars into beautiful butterflies who love exactly who they are!

On Vanessa's first day of school, her parents tell her it will be easy to make friends. Vanessa isn't so sure. She wears her fanciest outfit so her new classmates will notice her right away. They notice, but the attention isn't what she'd hoped for. As the day goes on, she feels more self-conscious. Her clothes are too bright, her feather boa has way too many feathers, and even her name is too hard to write.

The next day, she picks out a plain outfit, and tells her mom that her name is too long. She just wants to blend in, with a simple name like the other girls--why couldn't her parents have named her Megan or Bella? But when her mother tells her the meaning behind her name, it gives her the confidence she needs to introduce her classmates to the real Vanessa. Perfect for readers of Alma and How She Got Her Name and The King of Kindergarten. 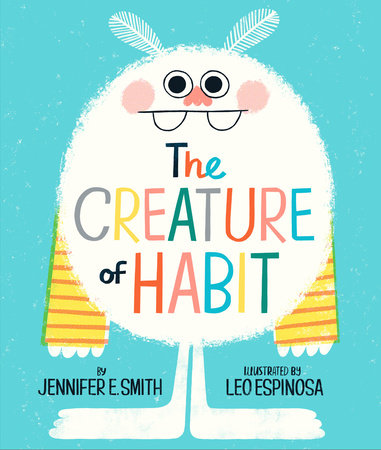 The Creature of Habit By Jennifer E. Smith; illustrated by Leo Espinosa

A story for creatures of habit big and small who might be surprised by the joy of trying something new.

On the island of Habit, there lives a very big creature with big teeth, big eyes, and very big feet. Every day the creature does the exact same things in the exact same order. He gets up in the morning, eats three pineapples and two bananas, collects shells, says hello to the fish, rocks, trees, and crabs of the island before he eats three more pineapples and two bananas, and finally goes to bed.

He does not like pineapples or bananas, but he does like coconuts. Instead of saying hello to the fish, he swims with them. And instead of collecting shells, he collects...well, everything else. Also, the little creature does something different every day--it's madness, thinks the big creature.

Can these two creatures learn to appreciate each other? Is the island big enough for both of them? Told with heart and humor, this is a story about being open to new ways of doing things. 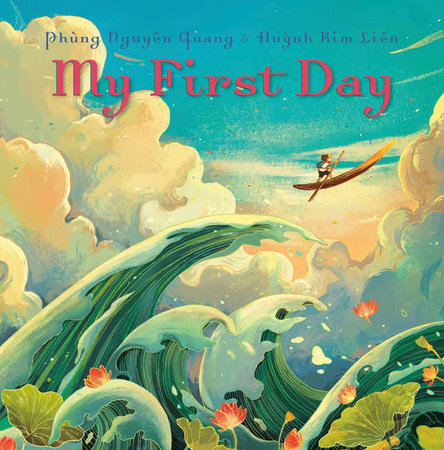 A visually stunning story of resilience and determination by an award-winning new author-illustrator team, perfect for back to school.

This is no ordinary first journey. The rainy season has come to the Mekong Delta, and An, a young Vietnamese boy, sets out alone in a wooden boat wearing a little backpack and armed only with a single oar. On the way, he is confronted by giant crested waves, heavy rainfall and eerie forests where fear takes hold of him. Although daunted by the dark unknown, An realizes that he is not alone and continues to paddle. He knows it will all be worth it when he reaches his destination--one familiar to children all over the world. 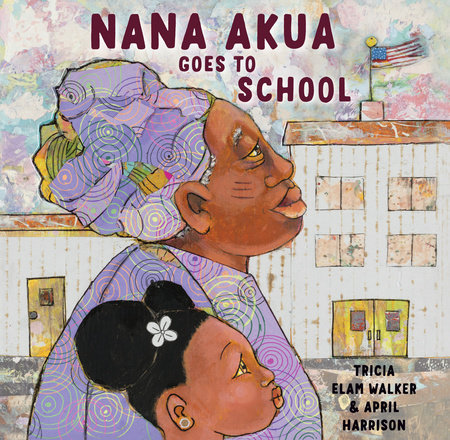 In this moving story that celebrates cultural diversity, a shy girl brings her West African grandmother--whose face bears traditional tribal markings--to meet her classmates. This is a perfect read for back to school!

It is Grandparents Day at Zura's elementary school, and the students are excited to introduce their grandparents and share what makes them special. Aleja's grandfather is a fisherman. Bisou's grandmother is a dentist. But Zura's Nana, who is her favorite person in the world, looks a little different from other grandmas. Nana Akua was raised in Ghana, and, following an old West African tradition, has tribal markings on her face. Worried that her classmates will be scared of Nana--or worse, make fun of her--Zura is hesitant to bring her to school. Nana Akua knows what to do, though. With a quilt of traditional African symbols and a bit of face paint, Nana Akua is able to explain what makes her special, and to make all of Zura's classmates feel special, too. Harry Versus the First 100 Days of School By Emily Jenkins; illustrated by Pete Oswald

An acclaimed author and a #1 New York Times bestselling illustrator team up to bring us a funny, warm, and utterly winning chapter book that follows, day by day, the first hundred days in one first grader's classroom.

In just one hundred days, Harry will learn how to overcome first-day jitters, what a "family circle" is, why guinea pigs aren't scary after all, what a silent "e" is about, how to count to 100 in tons of different ways, and much more. He'll make great friends, celebrate lots of holidays, and learn how to use his words. In other words, he will become an expert first grader.

Made up of one hundred short chapters and accompanied by tons of energetic illustrations from bestselling illustrator of The Good Egg and The Bad Seed, this is a chapter book all first graders will relate to--one that captures all the joys and sorrows of the first hundred days of school.