A Word from Taylor Kitchings 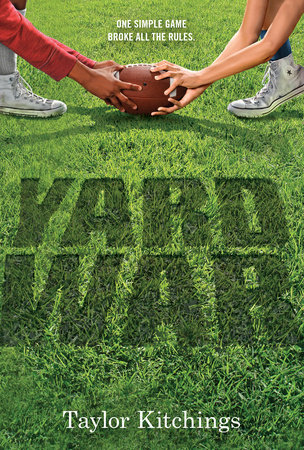 School traditionally begins after Labor Day, but here in Mississippi we start in early August, right along with football, with summer at its peak. At least we have air conditioning, unlike the Mississippi classrooms of the 1960s where “back-to-school” meant back to the drone of a single oscillating fan as our only relief from the heat. Memories of those classrooms were part of what prompted me to write YARD WAR, recently out in paperback from Wendy Lamb Books.

When I was eight, four years younger than my protagonist Trip, our housekeeper brought her son a couple of times and we threw a football out in the front yard a couple of times. I clearly remember the night my mother told me the neighbors had complained, and I could not play football with my new friend anymore. It was the beginning of my understanding of the depth and breadth of racism that infected Southern society at that time. Trip insists on his forbidden friendship, leading to an increasingly hostile reaction from his neighbors that ultimately drives his family to question whether they can stay in Mississippi. YARD WAR teaches lessons in empathy and courage as Trip discovers his unbreakable connection to the state he loves and hates and “never will understand.”